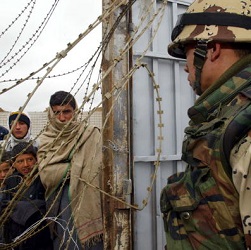 Psychologists work in a wide variety of settings, including military hospitals, war zones, and prisons, and many work with the Department of Defense or Veterans Administration. In each of these settings, mental health professionals must make important decisions that take military medical ethics into account, and a new study has found that psychology students may not be properly prepared to work in these settings. According to the study, graduate psychology students receive little to no training on basic military medical ethics and are frequently unaware of their ethical and legal obligations under the Geneva Conventions.

The Geneva Conventions establish strict guidelines governing humanitarian conduct during times of war. These guidelines aren’t mere suggestions, either; they are recognized as international law, and personnel who disregard the Geneva Conventions can be prosecuted as war criminals. Mental health professionals who disregard the Geneva Conventions can also be disciplined by licensing boards, and such discipline may include losing the right to practice psychology. Psychologists who oversee interrogations or who work with prisoners are specifically prohibited from humiliating, injuring, murdering, or threatening prisoners. They may also be obligated to report these abuses when they see them.

The United States has occasionally interpreted the law to mean that the Geneva Conventions don’t apply to certain prisoners whom the government then classifies as “enemy combatants” or “detainees.” In such instances, psychologists who oversee interrogations may see or participate in behaviors that clearly violate international law.

To investigate students’ awareness of their obligations under ethical norms and the Geneva Conventions, researchers surveyed 185 students at 20 different psychology graduate programs. They found that the majority of students had received less than an hour of training about military and international ethics for psychologists, and 97% had received five hours of training or less.

The study’s authors point out the importance of becoming acquainted with the Geneva Conventions for mental health professionals, particularly in light of the long history of ties between the American Psychological Association and military organizations and the fact that civilian psychologists can be called to serve in the military, as dictated by the Health Care Personnel Deliver System. The researchers also caution that more research is necessary as the small sample size in this study may not be representative of graduate students as a whole.