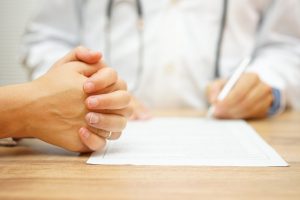 Psychological suffering due to lost autonomy, not physical pain, may be a more likely motivator for those who seek physician-assisted suicide, according to a study published in The New England Journal of Medicine.

The study included 74 people who inquired about physician-assisted suicide in the year following Canada’s passage of the Medical Assistance in Dying (MAiD) law. MAiD decriminalized physician-assisted suicide for people with chronic and terminal illnesses in an advanced stage. People who elect to use the MAiD law undergo several evaluations before they receive a lethal injection in a hospital setting.

The study used data from Canada’s University Health Network. Between March 2016 and March 2017, 74 people sought information about physician-assisted suicide. Seventy-four percent of inquiries were from people with cancer. Twenty-nine underwent assessment for suicide to determine whether they were capable of consenting to the procedure. Of those, 25 were approved. Nineteen people (26%) ultimately decided in favor of medically assisted suicide.

Most people seeking a medically supported suicide cited psychological distress as a reason for their desire to die. Few participants said poorly controlled physical pain was their primary motivation.

Overall, 95% said a loss of autonomy figured prominently in their decision. Patients often said their quality of life was poor, and many viewed physician-assisted suicide as a way to regain control over the circumstances of their death.

A 2005 study published in the Journal of General Internal Medicine had similar results. In that study, researchers interviewed the loved ones of 35 people who had chosen to die with the assistance of a doctor. Loss of a sense of self, poor quality of life, and loss of autonomy related to the illness all figured prominently in the decision to die. None of the people in that study showed significant signs of depression when planning their physician-assisted death.