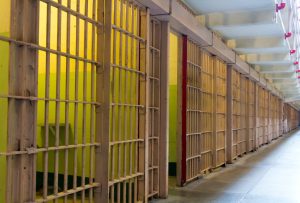 People who are newly released from prison may be less likely to violently reoffend when they take psychoactive drugs, according to a Swedish study published in the journal JAMA.

The study does not suggest mental health issues cause violence, and previous research suggests otherwise. Even among those with a mental health diagnosis, a 2014 study found most crimes were not directly linked to a diagnosis. Other factors, such as poverty and homelessness, were more likely to play a role.

Another 2014 study, which looked at nearly 4,500 adults with a mental health diagnosis, suggested such a diagnosis is more likely to result in criminal victimization rather than criminal behavior.

Researchers followed 22,275 people released from Swedish prisons. Most participants (92%) were male, with an average age of 38. Median follow-up time was 4.6 years. At follow-up, 18% of participants (4,031 people) had committed at least one new violent act.

The study did not find a definitive causal relationship between psychiatric drugs and a reduction in violence. It is possible that some other factor accounted for the reduction, such as access to treatment or willingness to pursue treatment.

The study’s authors emphasize that rates of mental health issues are high among prisoners across the globe, and access to quality treatment—including both drugs and therapy—could benefit both prisoners and the societies in which they live. A 2010 report by the National Center on Addiction and Substance Abuse found 85% of American inmates experience drug or alcohol addiction. This suggests treating substance abuse in newly released former inmates might be especially beneficial.