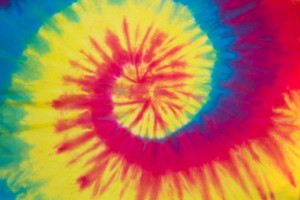 Psychedelic drugs are among the most potent mind-altering substances, inducing hallucinations and disconnection from reality. But recent research has suggested these drugs might offer significant benefits. One study found that psychedelics might offer protection from suicidal thoughts, with another finding that psilocybin mushrooms could reduce negative thoughts. According to James Rucker, a psychiatrist and honorary lecturer at the Institute of Psychiatry, banning these drugs may do more harm than good. Rucker argues in an opinion piece for BMJ that legally reclassifying these drugs would enable more research into their potential benefits.

Is It Time to Relax Restrictions on Psychedelics?

Psychedelic drugs have been classified as Schedule I narcotics for more than 40 years in the United States—a classification that means, in the eyes of the government, these drugs have no valid medical use. The United Nations requires member countries to sign the Convention on Psychotropic Substances, making psychotropic drugs inaccessible even outside the U.S. The drugs are more tightly restricted than heroin and cocaine, even though both the U.S. and UK conducted extensive research on these drugs in the middle of the 20th century.

Rucker highlights the 1992 admission of John Ehrlichman, Richard Nixon’s former assistant, that the administration lied about the effects of psychedelics and manipulated media coverage to make these drugs appear more dangerous than they actually are. Rucker says there’s no real evidence that the drugs are addictive, and there is little evidence that they’re harmful when the dosage is well-controlled. Moreover, Rucker claims, plenty of evidence points to the possible benefits of these drugs.

According to Rucker, a 2010 analysis of the effects of drugs on society ranked two psychedelic drugs, LSD and psilocybin mushrooms, among the safest of all drugs. Claims to the contrary, he says, are based on politically driven propaganda.

It’s not just that these drugs are less harmful than they seem, though. Rucker says these drugs have shown promise for treating anxiety, cluster headaches, obsessive compulsion (OCD), and addiction. Because of the current ban on these drugs, though, they’re highly inaccessible. Currently, only one manufacturer in the world has access, but at a cost of $150,000 per gram—a figure that offers just 50 doses, and that makes it economically untenable to conduct research on large samples.