Proposals to Combat Opioid Addiction, and Other News 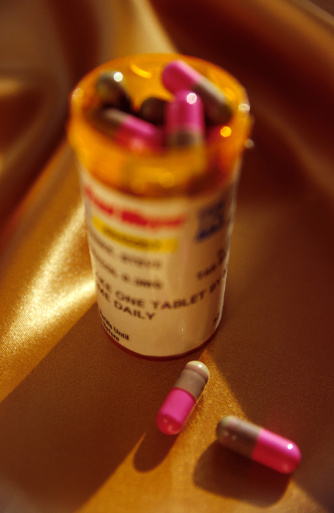 On Tuesday, President Barack Obama participated in the National Rx Drug Abuse and Heroin Summit in Atlanta, Georgia. While meeting with people in recovery, family members, medical professionals, mental health providers, and law enforcement officers, he announced new measures to prevent opioid abuse and addiction. The proposal would allocate an additional $1.1 billion dollars to treatment and prevention efforts. Some of the proposals include:

Repetitive transcranial stimulation (rTMS), a treatment already approved for depression, may also reduce symptoms of anorexia. A single session reduced the urge to restrict calories, as well as feelings of being fat. As many as 20% of people with anorexia die from the condition, so researchers are hopeful this treatment could offer longer-term benefits.

According to the Centers for Disease Control and Prevention (CDC), 1 in 6 men experience sexual abuse before age 18, and 1 in 59 men have been raped in their lifetime. As part of this April’s Sexual Assault Awareness Month, the Rape, Abuse, and Incest National Network (RAINN) is highlighting the stories of male survivors, who often feel left out of the discussion surrounding sexual abuse.

Body Image Studies Explore the Source of Much of Our Anxiety

A negative body image can have lasting effects on health and relationships, and some groups are more vulnerable to body image issues than others. One recent study found Asian-American women living in California and Hawaii were less satisfied with their appearance than white women. Discrimination, including media that portrays primarily white women, may explain some of the disparity.

Insurance company rules that require “prior authorization” for mental health care often result in lengthy waits for children in need of immediate mental health services. In one Rhode Island hospital, case workers spent an average of an hour on the phone seeking approval. In one case, approval took 4.5 hours. All of the authorizations were eventually approved, suggesting prior authorization only delays care.

Actress Patty Duke died Tuesday from sepsis complications. While many people remember her television and film roles, she was also an early advocate for mental health awareness. Diagnosed with bipolar in the 1980s, Duke wrote a book about her experiences entitled A Brilliant Madness. She lobbied Congress for more mental health research and talked openly about her experiences in interviews. Her son, Sean Astin, established the Patty Duke Mental Health Project in his mother’s honor.