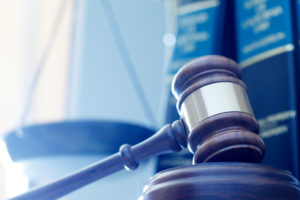 More and more Americans with mental health concerns are becoming incarcerated. This population of has reached “crisis proportions,” according to the National Alliance on Mental Health (NAMI).

Evidence shows incarceration is likely to worsen mental health symptoms. Most institutions do not have the resources to treat such a great number of people. Reduced mental health can lead to recidivism, meaning a recurrence of criminal behavior. When more people are rearrested, the population of imprisoned people stays high.

However, there are ways to reduce recidivism in these populations. People who receive mental health treatment during and after their sentences are less likely to reoffend. Alternatives to imprisonment can also reduce recidivism.

In the United States, around 2 million people go to jail or prison each year. In general, jails are run by local forces. They hold inmates for terms of one year or less. Prisons are run by state or federal forces. They typically house prisoners for longer periods.

Many people in prisons and jails have a mental health diagnosis.

The criminal justice system has not favored people with mental health concerns in the past. From straitjackets to lobotomies, history is full of inhumane attempts to manage mental health. Pervasive stigma impacted nearly every step of incarceration and treatment.

In the 1950s and 1960s, the government closed many mental institutions and psychiatric hospitals. The intent was to serve people through community resources instead. Yet a lack of funding and commitment left many states with few treatment options.

In a Stanford Law Report, Senator Darrell Steinberg and Professor David Mills write, “Although deinstitutionalization was originally understood as a humane way to offer more suitable services … in community-based settings, some politicians seized upon it as a way to save money by shutting down institutions without providing any meaningful treatment alternatives.”

Many prisons and jails are ill-equipped to provide adequate mental health care. But for some people, these facilities are where they first encounter treatment. In the 1980s, the “war on drugs” complicated matters. The government began assigning mandatory sentences for drug-related offenses. More people with substance addiction were put behind bars. Many of these people had co-occurring mental health concerns. In the last 40 years, the rate of incarceration has increased five-fold in the U.S.

People with mental health issues are more likely to be the victim of a crime than commit one. Yet research shows living with untreated conditions can be extremely damaging to individuals. An untreated condition may affect a person’s judgment and lead to criminal behavior. This likelihood increases if other large-scale stressors (poverty, abuse, etc.) are present.

Many prisons and jails are ill-equipped to provide adequate mental health care. But for some people, these facilities are where they first encounter treatment. A person may not get a diagnosis until they are already behind bars.

The Incarceration Cycle for People with Mental Health Concerns

Today’s criminal justice system treats individuals more humanely than in the past. Yet offenders with mental health concerns still face discrimination. Someone with a diagnosis is likely to get a longer, harsher sentence than a neurotypical peer convicted of the same crime. They are also less likely to be granted release.

Incarceration itself can worsen mental health. Offenders often experience a drastic drop in agency. Strict rules and isolation can exacerbate stress. An individual may develop additional mental health concerns as they adjust to the transition.

Incarceration itself can worsen mental health.The Bureau of Justice Statistics held a survey asking offenders about their mental health in the prior 30 days. Fourteen percent of state or federal prisoners reported having severe psychological distress. The rate was almost double (26%) for jail inmates.

Compromised mental health and relative isolation can promote substance abuse. Andrew Archer, LCSW explains, “American incarceration operates as a perfect recipe to perpetuate habitual patterns for individuals. Extreme isolation and societal alienation demoralize the person to the extent that often times substances are the only form of self-regulation.”

In this way, alcohol and drug addiction can spread through populations of offenders. The sale, trade, and consumption of drugs can broaden one’s criminal network. Being insulated with other offenders can also reinforce attitudes that encourage further crime. 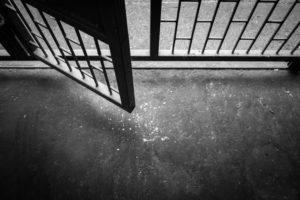 After years of incarceration, prisoners tend to struggle once they are released. Trey Cole, PsyD, says, “Relationally speaking, incarcerated individuals often become accustomed to the externally controlled environment (i.e. when to eat, sleep, etc.). When released, then, usually with few resources, becoming accountable to oneself and internally motivated become more difficult.”

Released offenders may find themselves without any resources or support. They may struggle to find housing or employment due to stigma. Reduced mental health can also impact one’s ability to make a living.

In other words, the factors which led a person to crime may be even stronger after release. Their ability to survive within the law may have been reduced. In this context, a person can easily be drawn into recidivism.

A report by the Council of State Governments (CSG) Justice Center calls for an overhaul of the way U.S. criminal justice systems address people with mental health issues. Special attention was called to the way such people are released from jail and prison.

According to the CSG, a successful system of reentry into society would:

How Diversion can Reduce Recidivism

Diversion has also been shown to reduce recidivism rates in people with mental illness. Diversion is a practice of placing offenders in mental health treatment instead of prison or jail. It often takes one of two forms.

The first form is forensic hospitalization. Offenders who have been found not guilty by reason of insanity are typically sent to forensic hospitals. These facilities do confine people like prisons and jails do. Yet their aim is typically rehabilitation rather than punishment. Less than 1% of people in the criminal justice system qualify for the insanity defense.

It is often cheaper to send nonviolent offenders to mental health treatment than jail. The other path of diversion involves mental health courts. These courts are for offenders who have mental health concerns but don’t qualify for the insanity defense. Judges may offer defendants reduced sentences in exchange for getting treatment. In many cases, a defendant may not go to jail or prison at all.

NAMI strongly supports diversion as a more humane and cost-effective approach to incarceration. According to NAMI, the cost of jailing adults with mental health concerns is two to three times the cost of keeping other inmates. It is often cheaper to send nonviolent offenders to mental health treatment than jail.

Just as psychotherapists who practice good therapy see people as whole beings independent of any mental health issues they may have, NAMI’s compassionate justice system would see all individuals as worthy of treatment and change. This system would classify mental health concerns not as moral defects, but as results of adversity or strain. Prioritizing treatment over punishment could have lasting benefits for the criminal justice system.