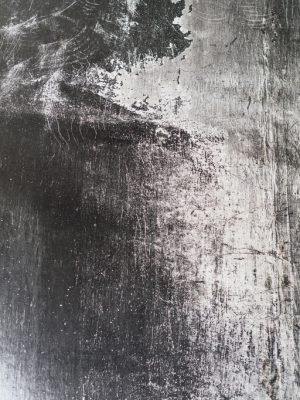 Insanity is a term used by some people to describe behavior motivated by disrupted mental states that may interfere with functioning. Because the term is often used in a pejorative manner to describe those experiencing mental illness, the field of psychology has largely abandoned its use. However, insanity is still used within the legal system as a mitigating factor or defense against criminal allegations.

Mental health conditions have been studied for hundreds of years, as has aberrant behavior believed to occur as a result of mental illness. Views regarding these conditions, and the types of behavior attributed to mental concerns, have greatly differed across cultures and over time. The ancient Greeks, for example, believed mental health concerns and related behaviors were caused by the same factors that caused physical diseases. In early historical records, insanity and mental illness were often believed to result from possession, supernatural forces, or divine punishment.

Beginning in the 18th century, people in the United States and Great Britain who displayed symptoms of mental health conditions or behavioral concerns were often locked away or placed in insane asylums. While some of these asylums were attempts at humane treatment, they were frequently overcrowded, and the diagnostic criteria for insanity were frequently quite loose. People who did not follow social norms, for example, might be placed in insane asylums, as might those who had a speech or hearing impediment. A husband could also, as late as the mid-1900s in some areas, commit a wife who displeased him in some way, with little or no proof of her “insanity.”

Because mainstream culture now recognizes mental illness is a health concern rather than a personal failing, the use of the term insanity has fallen out of favor. Many mental health advocacy organizations argue that “insane” and similar terms should never be used, pointing out the importance of referring to those who have mental illnesses as people first, rather than by their illness.

However, the legal system still does use the term when referring to those determined to be criminally insane.

“Not guilty by reason of insanity” is used as a defense in fewer than 1% of felony cases in the United States. Of the defendants using this defense, only about a quarter are acquitted. Generally speaking, people who qualify as criminally insane experience a level of mental illness that prevents them from understanding either their actions or the consequences of their actions.

A person may be deemed unfit for trial, not guilty due to temporary insanity, or not guilty by reason of insanity. Those who are ruled “insane” by the court are most often sentenced to a psychiatric hospital for treatment. Some may be released after a period of time, but others may remain indefinitely. Individuals found to be unfit for a criminal trial are generally likely to remain in a psychiatric hospital until they are able to do so.

The first record of an insanity defense was in 1851. British courts ruled individuals who could not understand crimes any better than an “infant, brute, or beast” were not able to be held accountable for those crimes.

Currently, there are four main tests used to determine whether or not an individual is legally insane. Courts may use one or more of them to make their decision. The M’Naughten Rule and the Model Penal Code test are most often used.

Ableist terms, or words targeting individuals with disabilities, are prevalent in everyday speech. “Insane,” “crazy,” “idiot,” and “moron,” among others, have all been used at some point to describe individuals with some form of mental, intellectual, or developmental disability. Many people use these terms casually, as they have become ingrained in casual speech to a degree that they are often used without harmful intent, but when these words are attributed to people or situations, they can have the effect of stigmatizing those with disabilities, as they typically do not portray disabilities in a positive way.