Practicing Empathy in a Crisis: Learning from Antoinette Tuff 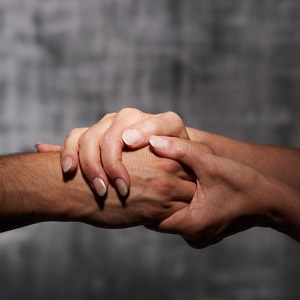 Our society has rapidly grown accustomed to the horrific images of school shootings, but when Antoinette Tuff, a bookkeeper at Ronald E. McNair Discovery Learning Center, encountered Michael Brandon Hall last week, she showed that a different outcome is possible. Her 911 call from the elementary school located in the small Atlanta suburb of Decatur, during which she repeatedly tries to talk Hall out of shooting children or police, has gone viral. Resultantly, Tuff has been widely credited with stopping another national tragedy.

Tuff didn’t have any special training in de-escalation tactics, and she had no way of protecting herself if Hall decided to start shooting. But people across the country have been amazed by her empathy, and some commentators argue that Tuff has provided a model for dealing with angry, aggressive behavior. While a gun might provide some protection and anger toward an intruder might feel justified, it was Tuff’s kindness and understanding that stopped the shooting. While most of us will never stop a mass shooting, we all encounter tense, escalating situations. Knowing how to calmly de-escalate can help you avoid fights, stress, and constant conflict. And if you’re ever faced with a truly dangerous person, Tuff’s calmness can serve as a model for how to act.

It’s tough to see how someone planning to shoot up a school has any good at all left, but we are all human. Tuff focused on Hall as a human being rather than as a criminal intruder, and in so doing, gained his trust. You can use the same approach in your daily life by finding good in anyone—even (or especially) the people who offend you or are rude to you.

Try paying a compliment to the rude waiter or asking the stressed receptionist about her long-term goals. If you’re ever faced with a violent person, focus on this person as a human being and ask him or her about life goals or plans. Then steer the person away from creating a legacy based on a violent act. Tuff encouraged Hall to focus on his life’s value, and you can do the same during both serious crises and minor daily stressors.

You don’t have to validate angry or violent people’s behaviors or motives. If you can find something in their feelings to validate, though, you’ll quickly gain their trust. A key tool in the validation kit is listening. Ask what the other person is feeling and why, without offering judgment or arguing. When someone is in the midst of a crisis, you’re not going to convince him or her that life is easy or that stress is unwarranted. Instead, focus on making it clear that you care that the other person is struggling. This is also known as the “tend and befriend” method of conflict management.

When we get into stressful situations, our heart rate increases and we may start sweating or shaking as our body prepares to fight or flee. Keep this reaction under wraps. No one wants to reason with a person who’s screaming, making threats, or diminishing their feelings. Even if you don’t feel calm, act that way. And if you can’t control your visible emotional reactions, own up to them. Try saying, “I’m really scared right now, but I want to hear what you have to say, so I’m sorry if my voice shakes.” Owning up to your own feelings can encourage the other person to talk about his or her emotions.

There’s a difference between empathizing with someone and erroneously assuming that you know exactly what that person is facing. Projecting your own emotions or life experiences onto another person can quickly destroy any rapport you’ve developed. If you’re having a disagreement with an insurance claims adjuster, avoid saying, “I get frustrated when I have to solve math problems, too.” You might offend the other party. Instead, focus on the emotion the other person seems to feeling and ask what you can do to help.