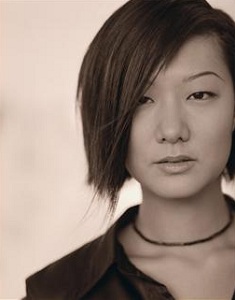 Does posttraumatic stress disorder (PTSD) differ for men and women? June is PTSD Awareness Month, and women’s sometimes different response to trauma warrants a closer look. A national survey reported that more than half of all women experience at least one trauma at some point during their lives. Some statistical models predict that 7.8% of individuals in the United States will experience PTSD, with women (10.4%) predicted as twice as likely as men (5%) to develop the disorder. This greater prevalence of PTSD among women raises the question: How are women’s experiences of trauma different from those of men?

PTSD develops in the aftermath of trauma. However, while 51% of women and 60% of men presumably experience a traumatic event during the course of a year, only 3.6% are identified as having PTSD. This highlights the fact that experiencing trauma does not necessarily lead to PTSD. The DSM-IV-TR (the diagnostic manual used by the American Psychiatric Association) defines the necessary conditions for a diagnosis of PTSD. The individual must experience or witness a traumatic event and respond with intense fear, helplessness, or horror. In addition, the traumatic event is re-experienced through intrusive images, memories, dreams, or “flashbacks” where the trauma seems as if it is recurring. Individuals with PTSD develop “arousal symptoms” where they feel on alert, irritable, and vigilant to sources of danger. They may have difficulty sleeping or concentrating and startle easily. Symptoms of avoidance and numbing also develop and are manifested through avoiding events, people, or places that are reminders of the trauma, a loss of interest in previously meaningful activities, a constricted emotional response to others, or an inability to remember significant aspects of the traumatic event.

Identifying those unique factors that contribute to the development of PTSD is essential, since this understanding may eventually aid in its prevention. Researchers have found that women at higher risk for developing PTSD have experienced one or more of the following: they were sexually assaulted, experienced a trauma that was life-threatening or severe, sustained injury during the incident, had a past history of mental health problems, encountered additional stressful experiences after the traumatic event, or lacked adequate social support. While the traumatic event itself may not have been preventable, some of these other factors could be addressed, such as reducing stress after the incident or offering social support. Recently, Kerry Ressler of Emory University identified pituitary adenylate cyclase-activating polypeptide (PACAP) as a hormone that may be related to susceptibility to PTSD. In one study of women who had experienced significant trauma, those with high blood levels of PACAP had PTSD symptom scores five times higher than women with lower PACAP levels. This finding points to biochemical factors that may contribute to the development of PTSD and could eventually lead to improved treatment and prevention.

Women may be more likely than men to manifest certain PTSD symptoms. They more frequently show symptoms of anxiety, startle easily, avoid situations that evoke memories of the traumatic event, and may become numb to their emotions. Women are less likely than men to feel angry or have difficulty controlling their anger. In fact, many women blame themselves for the trauma, which can worsen their symptoms. Almost half of all women with PTSD become depressed, and many develop social anxiety and fearfulness related to situations that remind them of the event. Some women use alcohol or drugs, although drug and alcohol abuse is also commonly seen among men with PTSD symptoms.

One positive research finding is that women are more likely to seek help after trauma and may respond better to therapy than men. Women may be more open in general to expressing feelings and to seeking support when needed. Various specialized treatments for PTSD have been used in addition to traditional psychotherapy. These include cognitive-behavioral therapy, eye movement desensitization and reprocessing (EMDR), exposure therapy, and the use of medications that can be combined with psychotherapy. Support groups focused on trauma recovery can be helpful if led by experienced group therapists. Family and couples therapy can engage family members to offer support and understand the impact of the trauma. Most importantly, while emerging from trauma takes time and patience, women who progress through the process of recovery eventually develop respect for their own strength and resilience.