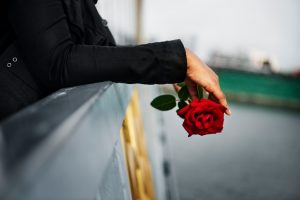 When people take steps they believe will help them move past the end of a relationship, they may begin to feel better, according to a study published in The Journal of Neuroscience. The study also found the placebo effect may change the way the brain responds to emotional pain, encouraging it to release pleasurable neurotransmitters and modulate its emotional response to the breakup.

The end of a relationship can spur a range of mental health difficulties. People who have recently experienced a relationship breakup are 20 times more likely to develop depression within a year. Breakups are also linked to thoughts of suicide. A 2014 study published in the journal Social Science & Medicine found suicidal thoughts are most common in the aftermath of a breakup. A breakup elevates the risk of suicide 300%. The risk of suicide remains elevated for as many as five years following a separation.

Using the Placebo Effect to Cope with Breakups

The study followed 40 people whose relationships had ended in the past six months. Each volunteer indicated they did not want the breakup, a stance that could potentially exacerbate their risk of depression and other mental health concerns.

Investigators asked participants to bring two photos to the lab: one of a close friend and another of their ex. Each participant had a functional magnetic resonance imaging (fMRI) brain scan. During the scan, they viewed images of the ex-partner and shared details of the breakup. Next, researchers showed them images of the friend and exposed them to a painfully hot sensation on their arm.

Researchers then reversed the stimuli, so participants experienced the painful sensation while discussing their former partner. Brain scans revealed similar brain regions were activated during physical and emotional pain. The researchers say this finding may offer validation to people experiencing emotional pain because the scans show it is just as real as physical pain on a neurological level.

After the brain scan, participants received a nasal spray. The researchers told half that the spray was a “powerful analgesic” that could effectively alleviate emotional pain. The other half believed the spray was just a saline solution.

Participants then repeated the original experiment. The group that received the placebo spray reported less physical and psychological pain, and brain scans revealed their brains responded differently to photos of their ex. The dorsolateral prefrontal cortex, a brain region that helps control emotions, showed increased activity. Regions associated with rejection showed less activity. The periaqueductal gray, a brain region which helps control levels of painkillers such as opioids and neurotransmitters such as dopamine, also increased its activity. This suggests simply believing a placebo works may encourage the brain to respond as if it does.

The study’s authors suggest expectations can have a significant impact on a wide variety of experiences. Believing in the efficacy of self-care may help people cope with the rejection and other negative emotions following a breakup.