Physical Neglect May Lead to Violent Behavior in Young Men 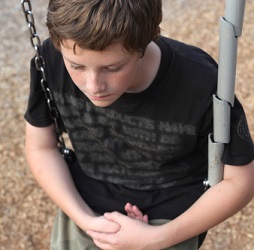 Prisons are filled with people facing mental health challenges, struggles with addiction, a history of trauma, or memories of childhood abuse. The rate of such challenges among prisoners is much higher than in the general population, providing strong evidence that challenging experiences can lead to criminal behavior. According to a new study, though, the single best predictor of violence among young men is physical neglect during childhood.

Neglect is the most common form of child abuse, and physical neglect includes behaviors such as not providing a child with proper medical care, providing clothing that’s not sufficiently warm, or giving a child no food.

To evaluate the relationship between physical neglect and violent behavior, researchers surveyed 85 adolescent males incarcerated in a Pennsylvania detention center. Each of the participants had committed an act of violence such as fighting with another student or using a weapon to intimidate another person.

Twenty-five participants–almost 30% of the group—reported experiencing neglect. While several study participants reported physical abuse and two reported sexual abuse, neglect was the single biggest predictor of violent behavior, even among inmates who had experienced multiple types of abuse.

Child neglect is a serious public health problem. In 2005, for example, it accounted for almost half of all child abuse-related fatalities. The study’s authors emphasize the need for early interventions to prevent child neglect. Since neglect is an act of omission rather than a form of deliberate abuse, some parents may neglect their children due to a poor understanding of proper parenting, poverty, stress, or mental health challenges.