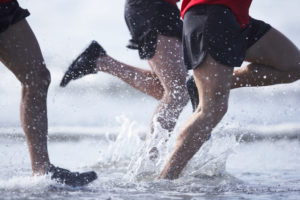 People who see themselves as less physically active than their peers may live shorter lives, according to a study published in the journal Health Psychology. The study points to a placebo effect associated with assessments of physical activity. Even when people were active at levels similar to their peers, those who thought they were less active were more likely to die younger than those who believed they were more active.

How Beliefs About Activity Level Can Shorten Life

For the study, Stanford University researchers Octavia Zahrt and Alia Crum analyzed survey data from three national data sets that looked at more than 60,000 American adults. The surveys measured participants’ physical activity levels. They also asked: “Would you say that you are physically more active, less active, or about as active as other persons your age?”

After controlling for physical activity level, the team looked at death rates. They used statistical models to account for other factors linked to death, such as age, chronic illnesses, and body mass index (BMI). Even accounting for these risk factors, those who saw themselves as less physically active were 71% more likely to die in the 21 years following the original survey.

The Placebo Effect in Health Issues

Other research supports the notion that a placebo effect regarding diet and physical activity might have real physical consequences. In 2010, research by Crum found that simply telling hotel workers how much exercise they got at work could spur weight loss, reduced body fat, and lower blood pressure. Research from 2013 found calling low-calorie drinks a “treat” changes the way the brain responds to these foods.

Other research has found telling people a liquid they are consuming turns to a solid in the stomach can affect their feelings of fullness. Taken together, these studies suggest feelings and perceptions about food and exercise may change the way the brain and body respond to each.