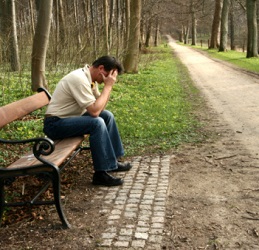 Asperger’s is an autism-spectrum condition that typically yields high-functioning people who have difficulty with social situations. Everything from romantic relationships to job prospects can be affected by social skills, making the world a challenging—and often hostile—place for people with Asperger’s. According to a new study, people with Asperger’s are significantly more likely to experience suicidal thoughts than neurotypical people.

The study surveyed 256 men and 118 women diagnosed with Asperger’s. People with the condition reported a much higher rate of suicidal feelings, with 66% reporting some suicidal tendencies at least once in their lives. Within the general population, only 17% of people experience suicidal feelings. People with Asperger’s experienced higher rates of suicidal thoughts than did people with severe mental health symptoms, such as psychosis. The study found that people experiencing psychotic symptoms had a 59% rate of suicidal thoughts.