People in Psychiatric Emergencies Wait Longer in the ER, and Other News 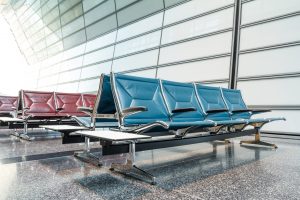 People experiencing mental health emergencies wait almost four times longer for hospital admission from the emergency room than those with physical health emergencies, according to a study published in the journal Annals of Emergency Medicine. Although the study looked exclusively at Massachusetts hospitals, mental health access and parity are nationwide issues.

Researchers looked at admission reasons and wait times at 10 hospitals in Massachusetts. They found people pursuing physical health treatments waited an average of 4.2 hours, compared to an average 16.5-hour wait for people seeking mental health services. People who needed to transfer to another facility waited an average of 3.9 hours if they presented with a physical ailment, but 21.5 hours when they sought mental health care.

The study’s authors highlight the need for community mental health resources. Mental health parity, including for people without insurance and those living in poverty, is a continual subject of political debate. Last year, President Barack Obama announced the Mental Health and Substance Use Disorder Parity Task Force, an interagency organization with a mandate to promote mental health parity.

People exposed to the chronic noise and air pollution associated with heavy traffic may be at a higher risk of developing dementia, according to new research. Researchers say 1 in 10 cases of Alzheimer’s could be linked to noise pollution in urban areas. This follows previous research, which linked noise and air pollution to reduced white matter and decreased cognition in the brain.

Researchers at Queen Mary University of London and Kingston University have developed an app designed to help smokers kick the habit. Cigbreak Free turns quitting into a game, encouraging smokers to track their progress through various levels while offering in-game rewards for successes. To promote smoking cessation, the creators of the app programmed messages and techniques to help boost behavior change.

According to research published in the journal Translational Psychiatry, gambling cravings activate regions in the brain similar to those affected by drug and alcohol cravings. Researchers found the insula and nucleus accumbens—brain areas linked to impulse control and reward—show increased activity among people with a gambling addiction.

The VA Hooked Veterans on Opioids, Then Failed Them Again

Overprescription of opioid pain relievers is linked to the opioid abuse epidemic that claims thousands of lives each year. The U.S. Department of Veterans Affairs (VA) recently admitted to overprescribing opioids to veterans seeking help. But now, veterans with an addiction have few substance abuse treatment options because rehabilitation clinics are overflowing with veterans in need of help.

With Its New Feature, Instagram is Making Mental Health a Priority