Why Pat Robertson Is Wrong About Marriage 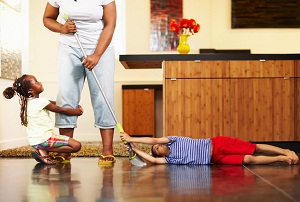 Conservative religious preacher and cultural critic Pat Robertson is known for his controversial statements, particularly about women and marriage. True to form, he recently commented that many unhappy marriages are due to “awful-looking” women.

This isn’t the first time he has blamed women’s appearances for their marital problems; he once advised a woman that her husband was behaving inappropriately with other women because she was not attractive enough. Robertson has also advised wives to respect their husbands as household leaders and joked about domestic violence as a method for dealing with a rebellious wife.

Robertson isn’t the only person who believes that women’s increasing strides toward equality are harming marriage. There’s a growing movement advocating so-called “traditional” marriage in which a woman stays home and defers to her husband. While Robertson is right that women’s equality poses some challenges to marriage—such as child care, managing household responsibilities, and navigating conflict in mutually respectful ways—there is a growing body of research that indicates that equality in marriage might, in fact, be one ingredient in the recipe for lifelong happiness.

Better Sex
Sex is a common source of conflict in marriage, particularly as the honeymoon period wears off and the reality of everyday life becomes stressful and exhausting. But equality of standing can help to improve marital sex. No longer does the burden of initiating sex rest solely on men. Women are increasingly being encouraged to take responsibility for their own sexual satisfaction, and this can increase the quality—and frequency—of sex with partners. Younger women are more likely to have regular orgasms, due at least in part to the sexual awareness brought about by the women’s liberation movement and sexual revolution.

Friendship and Equality
Researcher John Gottman is famed for his ability to predict a couple’s likelihood of divorcing with startling accuracy. He argues that a strong, equal friendship is the foundation for a happy marriage. Important elements of this friendship include open and continuing communication, strong positive regard, and an ability to treat the other’s opinions and beliefs as valid. Gottman also emphasizes the importance of allowing a spouse to influence you, something that’s exceedingly unlikely for people in marriages where women are not viewed as equals.

Time for Each Other
In traditional marriages of the past, men do paid work while women tend to the children. But childrearing labor doesn’t end at a set time each day, and can result in exhausted and resentful women. Men who don’t participate in caregiving activities saddle their wives with exhausting responsibility. This can greatly decrease the time a couple has for one another, which may lead to marital dissatisfaction. Women whose husbands share equally in childrearing activities also report higher marital satisfaction, and men who share in caregiving experience closer relationships with their children. Childrearing can also serve as a bonding exercise in its own right, as couples work together to make good choices for children and navigate the challenges of parenting.