Parkinson’s Drug May Treat Phobias and PTSD, and Other News 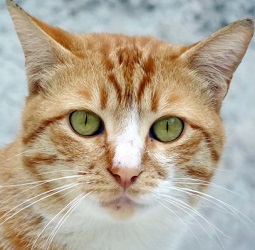 According to recent research, L-dopa, a drug commonly used to treat Parkinson’s, could also help people struggling with posttraumatic stress (PTSD) and phobias. Both conditions can be challenging to treat with medications currently available. Short-acting anxiety medications can yield unpleasant side effects such as dizziness and sleepiness, and the antidepressants that are sometimes used to treat PTSD don’t always remedy all PTSD symptoms.

Mental health providers routinely use forms of exposure therapy to treat both PTSD and phobias. This treatment works by exposing a client to a frightening stimulus to help him or her “learn” to no longer fear it. Among clients who have successfully treated their fears, though, the fears can return. L-dopa affects memory formation, and may help prevent fears and phobias from returning. Raffael Kalisch, a neuroscientist at Johannes Gutenberg University of Mainz is about to begin a study on the effects of L-dopa on arachnophobia and believes the drug may help counteract fear of spiders.

Does That Cat Have OCD?

Non-human animals aren’t immune to mental health conditions such as obsessions and compulsions (OCD) and depression. Dr. Laurel Braitman new book Animal Madness explores the connections between human and animal mental health conditions and outlines research showing which treatments are most effective. Braitman even evaluates whether animals can commit suicide, drawing on examples of so-called suicides, such as a bird who seemingly deliberately “fell” out of a tree and onto a metal stake.

Mental health experts have long known that exercise can yield improvements in mental health, but therapists and doctors don’t always encourage people with severe mental health issues to exercise. A recent review of 39 studies emphasizes the importance of exercise in treating mental health challenges, but cautions that many studies haven’t clearly outlined specific exercise protocols. The study’s authors argue that their data suggest that exercise should routinely be a first line of defense for treating and preventing mental health conditions.

Age-related memory loss can be context-dependent. A study of 102 people ages 18 to 32 and 60 people ages 64 to 82 has found that older people experience more memory difficulties when they are distracted.

People with the APOE epsilon4 gene (e4 gene) are at a heightened risk of developing Alzheimer’s. A recent study looked at a group of older adults, about half of whom carried the gene but who did not yet show symptoms of dementia. In just 18 months, adults with the e4 gene saw significant deterioration in their brain’s hippocampus, based on brain scans. Among seniors who were physically active, though, almost no change showed in their brains.

A Different Path to Fighting Addiction

Alcoholics Anonymous and related programs such as Narcotics Anonymous remain among the most popular techniques for treating addiction. These programs, with their emphasis on isolating those who are addicted and continue to use and embracing a “higher power,” aren’t for everyone, though. Organizations such as the Center for Motivational Change aim to fight addiction without using the 12-step model, and some research shows that this approach may be more effective. A 2002 study, for example, found that people experiencing addiction had good results with a combination of motivational interviewing, cognitive-behavioral therapy, and anti-addiction medication.

Susan Cain’s 2012 bestselling book Quiet: The Power of Introverts in a World That Can’t Stop Talking has become something of a bible for introverts. Cain argues that pressure to be extroverted can be overwhelming for introverts, and that cultural norms—such as open-office plans—can spell misery for the introverted among us. To help combat the stress of extrovert-centered working environments, Cain has helped design the Susan Cain Quiet Spaces. The office units are designed to provide introverts with some peace and privacy, and may even help them work more productively.