Parent Healing: What’s Ailing You Could Hurt Your Child 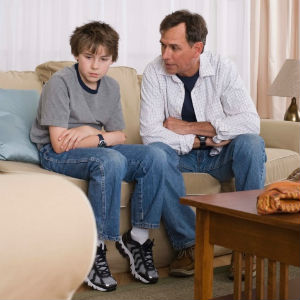 Last week in my hometown, there was a shooting at a local high school. Unfortunately, two freshman students lost their lives. The reality is that there could have been hundreds of lives lost had the school district not had a solid system in place and not been prepared for such an event. Given the number of rounds in the shooter’s backpack, his apparent intention was to take many lives.

As a marriage and family therapist, my first question when hearing of such a tragedy is, “What kind of emotional pain would provoke an adolescent to premeditate and intend to carry out such a violent act?” I believe the answer lies in the insecure attachment that is often passed down from generation to generation.

All children need at least one adult in their lives who loves them unconditionally and who believes in them. When children do not have what is called a “secure base,” they are unable to create a secure emotional connection to others. As a result, those children often become adults who are unable to create a secure emotional connection in relationships because they are “emotionally wounded.” Unfortunately, unhealed emotional wounds are passed down from generation to generation unless the cycle is broken, typically through the process of therapy with a caring therapist.

What are often referred to as “defense mechanisms” are unconsciously developed in childhood in order to tolerate emotional pain that is traumatic for the child. Over time, these defense mechanisms become hard-wired into the brain and are unconsciously used in adult relationships despite the fact they are no longer needed. The emotional pain the defense mechanisms were created to protect the child from during childhood is often acted out in adulthood; as a result, the pattern continues to repeat and to be passed down to the next generation.

In order to “break the cycle” of the emotional wounding that is often passed down, parents must do their own healing work. When the acting out displayed in the example of the school shooting occurs, it needs to be recognized that the root of the acting out is the result of the defense mechanisms developed to tolerate the emotional wounding and pain that was unconsciously inflicted during childhood. This is where therapy with a therapist who is a good fit comes in. As parents launch their healing journey, the repeated patterns that stem from unresolved emotional wounds will be interrupted. As a result, parents will begin to heal on an individual level, which will eventually turn into healing that occurs on a global level.

The following are some things parents can do to break the cycle of passing emotional pain down from generation to generation: