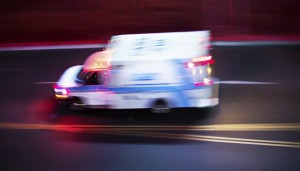 Drug overdose deaths rose by 14% between 2013 and 2014, according to a recently released report from the Centers for Disease Control and Prevention (CDC). Overdose is the leading cause of accidental death, and it is responsible for the deaths of 47,055 people last year. Prescription opioids and opioids such as heroin are the leading causes of drug-related deaths, accounting for nearly 29,000 of the overdose deaths in 2014.

Drug Overdose Deaths by the Numbers

While most mind-altering substances can lead to addiction and overdose, some drugs carry more of a risk than others. Deaths due to synthetic opioids such as fentanyl increased 80%—a figure the CDC says is due in part to illicit manufacturing. Heroin overdose rates jumped by 26%, while deaths from prescription opiates such as morphine and codeine increased by 9%.

Other statistics about the epidemic include:

The CDC says health care providers can help stop the epidemic by educating patients about the dangers of addiction, in addition to only prescribing potentially addictive drugs when they are absolutely necessary. Prescription drug-monitoring programs—state-run databases that track dispensing and prescription of potentially addictive drugs—can also help.

Emergency Assistance for an Overdose

Prompt medical care in the event of an overdose can save lives. If you suspect an overdose, do not try to counteract it with additional drugs, and do not wait for symptoms to go away. An overdose is a medical emergency that warrants immediate intervention. Call 911, or go to a local emergency room.

Signs of overdose to watch for: