‘The Other Side of Normal’: A GoodTherapy.org Review 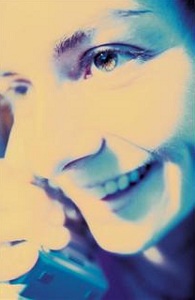 In a world where the latest strange psychological condition makes front page news, where people watch cable shows starring sociopaths and recovered memories can spur criminal prosecutions, Jordan Smoller is a psychiatrist interested not in the latest, strangest diagnosis but in what’s normal. In his new book, The Other Side of Normal: How Biology Is Providing the Clues to Unlock the Secrets of Normal and Abnormal Behavior, Smoller tackles the oft-neglected study of normal human psychology and advocates using normality to define abnormality.

This is not just another book trying to further define and classify mental illness. Dr. Smoller is keenly aware of the complaints of some critics of psychiatry, and he has a well-developed sense of humor about his profession. Early in his career, he published a paper listing the diagnostic criteria for childhood. The criteria included an aversion to legumes, dwarfism, and emotional immaturity. Smoller noted that, “…well over half of all Americans alive today have experienced childhood directly.” Now a psychiatry and epidemiology professor at Harvard, Dr. Smoller has not lost his critical eye. He agreed to talk with me about the thin line between normal and abnormal, how we categorize and understand mental illness, and the complex interplay between nature and nurture.

Defining Normal
In his book, Smoller provides an apt analogy about the line between normal and abnormal: everyone knows what day and night are, and we all think we have a definition of each. But that line becomes a fine one at twilight, and it’s difficult to determine when day has shifted into night. Similarly, we’re all quite certain we understand what normal psychology is, but providing a definition—and building psychiatric diagnoses around this definition—is a challenge.

This challenge, Smoller says, is neatly demonstrated by the Rosenhan Experiment, a 1973 study during which healthy researchers sought admission to 12 mental hospitals claiming to hear a voice saying three words: empty, hollow, and thud. The treatment recommended for each—and the time it took each to exit the hospital—varied greatly. With the advent of the Diagnostic and Statistical Manual of Mental Disorders, the diagnostic criteria for various mental health conditions were codified in an attempt to make diagnoses more uniform and less influenced by the opinions of individual practitioners. And yet diagnoses can still vary greatly from one practitioner to the next, and the line between healthy and unhealthy is not nearly as clear as we think. Criteria for many mental illnesses overlap and, unlike so many physical health issues, it’s rare—if not outright impossible—that a clinician can point to a patient’s brain and say, “That’s the source of the trouble.”

I asked Dr. Smoller how he would define normal, and he emphasized that there’s not a simple answer. Mental health professionals have only recently begun to turn their attention toward what constitutes normal brain functioning. Patients often come to psychiatrists in immense emotional distress and, in order to give them the answers they need and deserve, psychiatrists must have good definitions and diagnoses available to them, while at the same time recognizing that there may not always be a real boundary between normal and abnormal. Practitioners have to look at how something is affecting a patient’s life.

Normal Abnormality
Examining the way a symptom affects a patient can provide a valuable window into the normal. Phobias are an excellent example of how normal behavior can turn abnormal. Our brain is wired to help us learn to fear things that might harm us, and our evolutionary heritage has made it easier for us to develop some fears than others. Phobias of snakes, crowded spaces, and blood are much more common than phobias of, say, kites.

Psychiatry is also beginning to unlock clues to help us understand disparate reactions to trauma. Trauma is a phenomenon that is increasingly common in a violent, fractured society. But not all people faced with a traumatic event end up with posttraumatic stress disorder (PTSD) or other difficulties coping. Smoller points out that many people with these extreme reactions seem to have a biological vulnerability to fear’s grip. Indeed, Smoller told me that there is evidence that, in the case of some individuals with PTSD, the neural circuits that help us re-learn feelings of safety may be dysfunctional. Their brains appear to be wired in a way that makes it difficult to forget a life-altering experience.

Genes and Behavior
Smoller attempts to unravel many of the connections between genes and behavior. He emphasizes that there is strong evidence that most mental illnesses have some genetic component. This is especially true of illnesses like schizophrenia, which has a relatively stable and uniform incidence across cultures and geographic locations.

In the popular imagination, saying something is genetic is shorthand for arguing for its unavoidable nature. “I can’t help it; my genes made me this way”; however, genetics is not the impressive excuse some might think, according to Smoller. He stated that “Genes do not equal destiny.” What, then, can studying the genetic basis of behavior do to help us treat mental illness and better understand normal?

Smoller points to an excellent example of nature turning on nurture. Phenylketonuria is an illness caused by a recessive gene that leads to an inability to metabolize phenylalanine, an amino acid. Left untreated, the disorder can lead to intellectual disability and seizures. But there’s a simple fix: by avoiding phenylalanine, patients are often able to live normal lives. Without the research that led to this discovery, some patients might be diagnosed as intellectually disabled with no viable treatment available. Lifestyle affects genetic expression, and genetic expression can be affected by lifestyle. The nature/nurture debate is a throwback to a different era, and provides us with little opportunity to understand the complex cocktail of inputs that makes us human.

The Future of Psychiatry
Dr. Smoller is hopeful about the future of psychiatry and emphasizes the promising direction of research into brain chemisty, epigenetics, and mental illness. At the end of his book, he emphasizes that it can be easy to criticize psychiatry, but a reader tasked with the charge of overhauling the field might be easily overwhelmed. I posed a question to him about what changes he’d like to see in the profession and how understanding normal might move the profession forward. He explained to me that he felt clinicians should pay more attention to the “map of normal,” noting what it can reveal to us about abnormal behavior. He also emphasized the importance of continued brain research. As research moves forward, scientists are growing increasingly capable of identifying genes, experiences, and brain circuits that contribute to a patient’s problems. This may ultimately provide patients with valuable information about their prognosis in addition to revealing new and more effective avenues for treatment.

Dr. Smoller addresses popular understandings of normal, the influence culture has on psychiatry and psychiatry has on culture, the latest findings of brain research, the difficult diagnostic decisions psychiatrists must make and, of course, how understanding normal can help us better understand mental illness and our collective human nature. Laypeople will find it an easy read, written in clear, elegant prose. But clinicians will be happy to see that his claims are extensively documented, and the book offers glimpses into new research as well as insights into the next steps for the field of psychiatry.

Related articles:
Changing Brain Chemistry, Changing Paradigms
The Externalization of Trauma: A View of PTSD Symptoms as Healthy
The Power of Panic Attacks