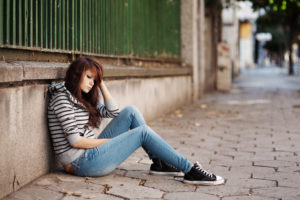 The United States is in the midst of an opioid abuse crisis. According to a newly released report from the National Center for Health Statistics, 2016 was the deadliest year yet in the drug overdose epidemic. Deaths due to heroin and prescription opioid have steadily increased since 1999.

According to the new data, more than 63,600 people died of drug overdoses in 2016. Most of those overdoses—42,249—were due to illicit and prescription opioids such as heroin, fentanyl, and oxycodone. That makes opioids more lethal than breast cancer, which the American Society of Clinical Oncology predicted will claim 41,070 lives by 2017’s end.

Opioid overdoses are a significant public health crisis. Researchers have identified a number of strategies for slowing the epidemic. The Centers for Disease Control and Prevention’s Guideline for Prescribing Opioids for Chronic Pain recommends using non-opioid remedies when possible. Additionally, doctors should start with low doses and schedule frequent follow-up visits. On these visits, doctors should assess individuals for signs of opioid abuse and help them seek treatment if needed.

Many doctors may not be following these guidelines. GoodTherapy.org reported on a 2016 study that found high reliance on opioid prescriptions for low-risk surgeries. Another 2016 study found 91% of opioid overdose survivors are prescribed more opioids—often by the same doctor who prescribed the drugs that caused the overdose.

Research published in 2017 identified chronic pain as the primary risk factor for dying of an opioid overdose. Use of prescription opioids is also a risk factor for use of heroin. A 2014 study of opioid abusers found a prescription drug was the first opioid for 75% of participants who became addicted to opioids.