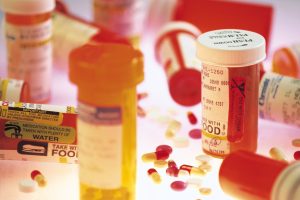 The U.S. Food and Drug Administration (FDA) is attempting to combat an increase in the number of overdose fatalities from a combination of opioid medications and benzodiazepine prescriptions. By adding new and stringent “black box warnings”—the FDA’s strongest warning involving a black box around the text of the warning on all prescription inserts—the FDA aims for more health care professionals and patients to recognize the potential danger of mixing the two.

The changes will affect a broad list of medications—nearly 400 in all—ranging from opioid painkillers and cough suppressants to benzodiazepines used to treat anxiety, insomnia, and seizures. The two classes of drugs already include cautions for the risks associated with using them together, but the new black box warning is meant to be even more serious. The FDA warns that the risks of combining two such medications include respiratory depression, extreme fatigue, coma, and death.

In February, the FDA received a citizen petition led by public health officials asking for changes to labeling practices. The administration, which had already begun an extensive review of public health records and the latest scientific evidence to address the issue, acknowledged the petition in a press release. In the statement, the FDA said the changes are only the first in a number of steps aimed at stemming the opioid abuse epidemic, but without compromising effective and appropriate pain treatment or management for those who require it. The inclusion of patient-focused medication guides will also be required for both drugs, detailing in plain language the serious risks associated with using both types at the same time.

The Opioid Overdose and Abuse Epidemic

According to the U.S. Institute on Drug Abuse, the number of overdose deaths from opioids more than tripled from 2001 to 2014, from nearly 6,000 annually to more than 18,000. A 5-fold increase was seen in those same years for benzodiazepine-related overdose deaths.

In the review, the FDA found physicians have been increasingly prescribing opioids and benzodiazepines together. The percentage of prescriptions for both drugs together rose 41% between 2002 and 2014. In a statement, FDA Commissioner Robert Califf, M.D., cautioned health care professionals to pay special attention to the warnings and more thoroughly evaluate whether the benefits of using opioids and benzodiazepines outweigh the risks.