The Relationship Between Real-Life Players and Their Online Game Personas 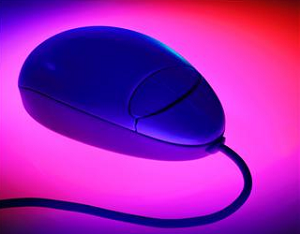 Another aspect in understanding addiction to massively multiuser online role-playing games (MMORPGs) is considering the players themselves, rather than the properties of the games and of virtual reality. Studies point to two psychological factors often seen in people addicted to MMORPGs—lower self-esteem and self-efficacy. At the same time we can say that obtaining positive self-esteem and self-efficacy is one of the developmental goals of adolescence, which is probably related to the fact that young players consider the game community to be more important than older ones do.

The factor of lower self-esteem seems to be crucial in the creation of addiction; this has been shown in many studies, however, mostly indirectly. For example, some studies have compared differences in players’ perceptions of their current self, ideal self, and game character. The results have then shown that their current self was perceived to be worse than the game character, and the game character was perceived to be worse than their ideal self. The differences increased based on the level of depressiveness and the level of self-esteem in particular. Respondents with high self-esteem had a notably lower discrepancy between their view of themselves and their game characters, while there was a higher discrepancy for respondents with lower self-esteem. The ideal self then was about the same distance away for both groups. This could mean that more depressive players and players with lower self-esteem idealize their game character and perhaps have a tendency to solve their own “weakness” through the game and thus a tendency to become “stuck” in the game. Some researchers also consider self-efficacy a very significant factor, especially for adolescent players.

The virtual environment of online games allows a lower emphasis on self-control, allowing the subconsciousness of players to express itself more—supported not only by the anonymity but also by the aforementioned flow states. Players of role-playing games often daydream about the game, their characters, and various situations. These fantasies are then considered by players one of the most beneficial and strongest moments the game has brought them and the reason why they look forward to playing. Players themselves claim they are motivated by “fun,” “experimenting,” etc., but as for subconscious motivations, players with addictive symptoms are motivated by self-expression of a full and efficient self, something they lack in real life. These authors explain addiction to the game via a mechanism that is, in principle, similar to the feeling of bliss obtained through psychoanalysis. In one case, an 18-year-old hospitalized player showed that his excessive play sessions lasting up to 18 hours per day were mostly a solution to his problems with self-esteem and social drawbacks. His character, a “shaman capable of reviving the dead and calling lightning” then represented a compensation of his deficits, allowing the player to create a full-fledged self in the game. Although he had social phobias, he successfully socialized in game. Unfortunately, this player was not able to transfer such a full self and the self-efficacy obtained in the game into real life.

Many researchers liken the relationship of the player to his character to a transfer as defined by deep psychology. A transfer is a sort of space between an individual (his inner world) and the outer reality, meaning the transfer does not fully belong to either of these places. The game character is, on one hand, controlled by the player, but on the other it is not part of the player, and this could explain why some players are not capable of fully controlling their play. The relationship between a player and his game character can, however, have various forms and the developmental aspect also plays a role here. Younger players especially use their game characters as a tool for gaining prestige in the game world and are thus more susceptible to becoming “stuck” in the game. The relationship of a player to his character can even have therapeutic potential from a certain point of view. A player in a game unknowingly compensates for certain aspects of himself that are lacking—if therapy could identify these aspects, reflect them, and then transfer them into real life, the game could be used to treat the player’s problems, which could paradoxically lead to less time spent in the game. Turkle shows a similar use of the therapeutic potential of games on multiuser dimensions, that is, the aforementioned predecessors of MMORPGs.

I have written that there is a direct attachment of a player to his game character. This relationship is very similar to the one we have to absent individuals—they are not present in reality, but by keeping them in our minds, they are real in consequences. The game character is similarly absent or perhaps unreal, but the feelings one keeps towards it are real. The character might be a “self-created object” and as thus it can be considered unreal; on the other hand, MMORPGs are based on the interactions of game characters representing the players’ identities. Their graphical representation also creates a stronger feeling of their actual existence, for example players tend to maintain personal space between avatars even if there is no actual benefit to such behavior in game.

Resources:
Turkle, S. (1997). Life on the screen: Identity in the age of the internet. New York: Simon and Schuster.