OkCupid Conducts Experiment on Users, and Other News 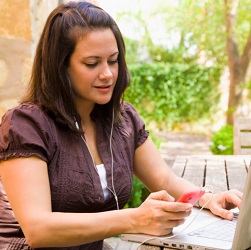 In the wake of a backlash against Facebook’s recently revealed experiment on users, popular dating site OkCupid has released the results of its own experiment on site members. The site was unapologetic about the experiment, posting on its blog, “…if you use the Internet, you’re the subject of hundreds of experiments at any given time, on every site. That’s how websites work.”

The OkCupid research was actually three separate experiments that evaluated how manipulating user data could change people’s dating preferences. In the first experiment, users who were actually bad matches were told they were good matches. These users became more likely to contact one another as a result of the lie.

In a second study, OkCupid removed pictures for the day. Although user traffic went down, users who remained on the site responded more frequently to messages and talked longer. When pictures came back, though, users stopped responding if they didn’t like their conversation partner’s picture.

A third experiment was based on previous research that showed that users ranked the personalities and looks of other users similarly, suggesting that people on the site base their personality rankings on appearance. The site removed profile text and then asked users to rank the profile owner’s looks and personality. The site found that personality and appearance rankings were roughly similar even when there was no profile available to help users evaluate personalities.

Why Seven Hours of Sleep Might Be Better Than Eight

Sleep experts typically recommend seven to nine hours of sleep per night, but recent studies show that Americans sleep less now than they did in previous generations. Experts may change their recommendations in light of data that shows that too much sleep is actually more harmful than too little. One recent study of over a million people found those who slept between 6.5 and 7.4 hours had the lowest mortality and morbidity rates.

Suicide’s Toll: Survey Says Half of Vets Know Someone Who’s Tried It

The U.S. Senate and House have reached a deal to remedy the The Department of Veterans Affairs (VA) health care system. Details of the legislation package aren’t available yet, but the legislation likely includes provisions allowing veterans to seek private care when they face long wait times. The legislation, which will likely cost billions, will also probably contain funding to hire more medical providers at the VA.

People with depression are twice as likely to smoke as those without depression. The anxiety, low self-esteem, and restlessness of depression can make quitting harder. New research, however, suggests that even a minimal fitness routine can reduce the stress of quitting, even when the exercise routine doesn’t yield improvements in the depression.

‘The Higher the Cigarette Taxes, the Lower the Suicide Rates’

About 11% of teens aged 13 to 16 experience insomnia at some point, and this insomnia may increase their risk of mental health challenges. A study of 300 Australian high school students found that those who struggle with sleep are also more likely to have symptoms of depression and anxiety.

The Psychology of Clutter

An overflowing closet could reveal more about your personality than you might think. In many cases, a cluttered closet is the product of cognitive distortions, such as the belief that holding on to something you never use will ensure you’re prepared for everything. Some people hold on to old, ill-fitting clothes, for example, because they hope they might eventually lose weight. When clutter is extreme, though, it can signal attention deficit or hoarding.