Obamacare Repeal Could Endanger Mental Health, and Other News 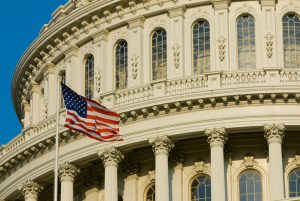 Last week, the Senate voted on a budget that could defund the Affordable Care Act (ACA). The move is the first step toward achieving the promise of Senate Republicans to “repeal and replace” what has become commonly known as Obamacare. The ACA mandates coverage for mental health and substance abuse at levels equal to the coverage provided for physical health issues. The law opened more mental health care options for millions of people, particularly those who previously could not afford their own insurance or who bought their own policies.

About 30% of people covered under the Medicaid expansion of the ACA have a mental health condition. Without an alternative to the ACA, treatment may become out of reach.

Insomnia often becomes more frequent as people age. Age-related insomnia may be a temporary problem or a symptom of an underlying and potentially treatable condition. It can exacerbate pre-existing mental and physical health conditions, but doctors often fail to ask about sleep habits during checkups.

“Middle child syndrome” is not a real diagnosis, and many of the traits believed to be associated with middle-child status are no more prevalent among these children than among oldest and youngest children. However, middle children may gain some social advantages, such as a willingness to turn to their siblings for help instead of their parents.

A study published in the journal Biological Psychiatry suggests dropping GABA levels could play a role in age-related cognitive issues. GABA is the brain’s primary inhibitory neurotransmitter. The study found that higher GABA levels in the brain’s frontal lobe, which plays a role in high-level cognition, are associated with better cognitive functioning in seniors.

Amid a prescription and illicit opioid addiction and overdose epidemic, more babies will likely be born with an addiction to opiates. According to a study published in the journal Pediatrics, these children may perform worse at school than their peers.

The Human Side of Animal Hoarding

Animal hoarders own more pets than they can adequately care for, often leading to animal neglect. This was the case with a Maryland resident who hoarded 66 dogs. Animal hoarders are often charged with animal cruelty, but hoarding is a mental health issue. Hoarders may see themselves as having a special connection to their animals, or rely on their animals as a source of companionship. Some hoard to cope with the pain of loss, depression, anxiety, or other mental health issues.