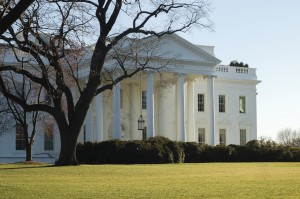 Following the mass shooting at Sandy Hook Elementary School in Newtown, Connecticut, where 26 children and educators were killed, Congress opposed a bill from Obama seeking to close what he called gun show loopholes that allowed guns to be purchased online and at gun shows without background checks on the buyers. Now, Obama is taking executive action in the form of four steps toward ensuring only law-abiding citizens without a history of violence are allowed to purchase guns.

The four main points include:

Over the past decade, more than 100,000 Americans have died as a result of gun violence, according to the White House. This includes domestic violence incidents, accidents, gang violence, and suicide, among other occurrences. Suicide alone counts for 2 in 3 gun deaths, Obama said.

The new regulations will require firearms dealers to report more lost and stolen guns, and the Social Security Administration will expand background checks to include information about beneficiaries who are barred from possessing a gun for mental health reasons.

Though Obama recognized these regulations may not prevent every future death from gun violence, he also highlighted the importance of taking steps that could reduce the frequency of gun deaths.

The president will discuss these new executive measures again Thursday at a televised town hall event with CNN’s Anderson Cooper and next Tuesday as part of his State of the Union address.