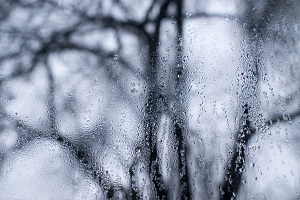 When November arrives, depression is not far behind. Something about the turn of the season—less daylight, fewer outdoor activities, the holiday bustle nudging its way back into consciousness—can make some people turn inward and find deep dissatisfaction in their lives. Deep dissatisfaction can show up as a persistent weight pulling you down. Sometimes it takes effort to crawl out of bed, to do anything. Most people are able to cope with these feelings by pushing through or acting as if they are feeling all right. Enrolling in new classes, filling calendars with arts, sports, theater, shopping, and exercise routines can help lift depression. Crafting, marketed by Martha Stewart, has hit United States culture in a big way. She was featured on Oprah in October, 2010. Her crafting ideas are planned to provide hours of pleasure for those who enjoy creating.

For people who have emotionally based depression, as opposed to those whose depression is determined biologically, activities can help take the focus off mood, but do not reach the causes of the depression. Consequently, relief is temporary. Emotionally based depression can be caused by early childhood abuse and linger long after the physical, sexual, or emotional abuse has stopped. Physical abuse such as hitting, slapping, grabbing, or torture are unexpected, unwanted, aggressive, physical actions taken against a child by someone in authority. Sexual abuse includes unwanted sexual attention, both overt or covert: touching, rubbing, penetration, or living in an environment where sexual advances are routinely tolerated by the adults in charge. Emotional abuse includes shame, humiliation, torment, ridicule, or any demeaning attitude, verbal or intentional toward a child.

A child learns to cope with these experiences. Sometimes, the coping is misinterpreted as personality by those around the child. The child is then labeled: quiet, shy, an overachiever, a perfectionist, angry, a troublemaker, aggressive, a bully, careless, or someone who engages in risky behavior. Sometimes coping manifests as another disorder, such as alcoholism, drug addiction, self-mutilation, an eating disorder, or the outward expression of internal attacks or self-sabotage. Depression or anxiety most often accompany an abused child throughout his or her life. Sometimes, however,  the diagnosis is delayed until teenage years or later when the child has fallen under the radar of adult protection. Children who are more demonstrative by acting-out get in trouble in school or in some other public way, drawing attention to themselves. Depression related to abuse can be triggered by current events in the person’s life. For example: a person who suffered abuse in childhood, who may have become an overachiever or workaholic, may appear successful in school and in life, but when they experience a major event, like a physical injury, the death of a loved one, or a traumatic event, they become unhinged because they cannot keep their defenses up and control overwhelming feelings and memories.

Art psychotherapy can help a person express feelings that cannot be verbalized initially. Feelings of rage, for example, can be expressed through the medium of choice, such as an oil pastel, charcoal, or paintbrush. Color choice includes hue, value, and opacity. A client expresses inner feelings through the size of the paper selected, and the marks made on the paper. In processing the marks, meaning is identified and attachments to events explored. Art made in therapy, when processed, can help turn words to feelings that when visually expressed may be seen for the first time as being outside oneself.

An art directive is sometimes given to probe a client’s inner experience. For example, in an art directive to characterize the abuser: the self-abuser or the abuse can give dimension and form to a previously held concept. Externalizing an internal experience visually can have a powerful effect. It can affirm what has been repressed, and ultimately release some of the affect of the repression, causing cracks in the block experienced as depression.

A high functioning male client came to see me over a year ago for treatment of depression, anger, and isolation. He had worked in the computer technology and publishing industry as a computer designer for many years. He reported that when he was on medication he felt flat and sluggish; off medication he would fly into fits of rage at what seemed a slight infraction such as someone looking at him on the street. His volatility frightened him, kept him isolated from people. What was also disturbing to him was that his behavior did not match his belief in the value of peace and harmony.

As an art psychotherapist, it was important for me to find a method of working with him that would hold his interest and allow him to express his process of self-discovery. Painting and drawing were not familiar to him. He was someone who was expressive through his gadgets, his cell phone, small digital camera, and his computer, loaded with graphic software applications including Flash (web design) and Final Cut Pro (video editing). He told me details of his life, mentioning a photo album he had started several years ago. I asked him to bring in the photo album. He brought me a beautifully laid out book, chronologically arranged in ten-year sections from childhood to the present time. The album had some gaps he intended to fill before he put it on the shelf. He identified procrastination as a problem for him. In a spirit of there are no accidents, he was able to suspend his judgment and work through resistance in a healthier way.

The photo album was a wonderful device to bring the stories of his life to consciousness. He was born to a mother who was mentally ill. He never knew his father. He was raised by a physically abusive grandmother in an environment of sexual abuse, mental illness, emotional, and physical abandonment, and isolation. She tortured him, held his hands over an open flame on the stove. Later, in his teens, he used heavy drugs to escape his surroundings, and served time in prison for drug possession. Yet, with all the disruption, pain, and chaos in his life this client, managed to collect still photographs, one super 8 film clip transferred to video of himself, and video images that were captured at different times, including when he was an audience member at a taping of a television talk show.

I asked the client if he was interested in working on a video album where he could continue the process started several years ago and combine some of the stills and video clips into one project. He reported that he had already begun a project like that but that it was sitting on a shelf. The motivation to heal his life caused him to push through depression and bring his laptop into sessions. He occasionally played clips and processed events and experiences depicted in the imagery. During sessions where he was not working on his project he spoke about situations in his contemporary life. During the back and forth from present experiences and complaints to past experiences, he began to understand and gain compassion for himself as a child who was abused but had survived and thrived. Through his compassion for himself he began the reparenting process whereby he, the adult man, could allow the child within him to express more freely. The healthy adult man could set limits and protective boundaries on his inner child so that he, the adult, was in charge of how much to feel and to not become overwhelmed or blocked.

During our work together, this client brought in a film directed by and staring Jonathan Caouette. I do not know Jonathan Caouette or whether he was in therapy before, after, or during the making his film, but I do know that making a film in and of itself is not therapy. It can be therapeutic to delve into one’s own story just as in writing. But identifying behaviors and coping strategies and replacing them with healthy ones requires in-depth work with a professional therapist. Another powerful work in this genre of early childhood abuse and filmmaking in therapy is The Marina Experiment, by Marina Lutz.