Not Perfect, but Not Bad: Why I Love the DSM-5 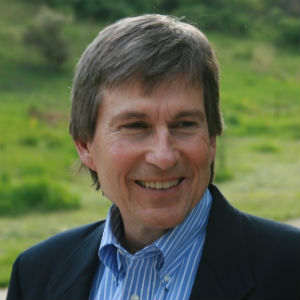 Editor’s note: A practicing psychiatrist for more than 23 years, David Mays, MD, PhD, is the clinical director of Mendota Mental Health Institute—once known as the Wisconsin Hospital for the Insane. His continuing education presentation for GoodTherapy.org, titled DSM-5: Ready or Not, is scheduled for 9 a.m. PDT on April 11. It is one of two DSM-related continuing education events scheduled for April, each offering a unique perspective on mental health’s guidebook. This event, free to GoodTherapy.org members, is good for two CE credits. For details, or to register, please click here.

In 1860, the Wisconsin Hospital for the Insane opened outside Madison. It was Wisconsin’s first mental health facility. People began checking in early on a Friday, although the hospital was not to open until the following Monday. The diagnoses given to these early admissions by the hospital administrator included: “business perplexities,” “worms,” “softening of the brain,” “insanity due to the improper conduct of wife,” and “study and novel reading—age 11.”

We don’t have billing codes for these “issues” today, perhaps in part because in 1952 the American Psychiatric Association reached into its coffers and paid to publish a Diagnostic and Statistical Manual of Mental Disorders. At the time, there were 39 classification systems for “mental disease,” all reflecting different theoretical orientations and emphasizing different features of mental disorders—behavior, course of illness, prognosis, etc. Ten percent of the membership of the APA voted and said, “Here is the true list of mental disorders.” Thus, DSM-I was born. “Softening of the brain, “oral passive character,” and “anal aggressive personality” were out; “organic brain syndromes,” “functional disorders,” and “mental deficiency” were in.

Over the years, quite a few diagnoses have come (schizoaffective disorder, premenstrual dysphoric disorder, conduct disorder) and gone (passive-aggressive personality, homosexuality, Asperger’s syndrome). But with each revision, the DSM has applied the principles of scientific inquiry—exhaustive literature reviews, re-analyses of the data, clinical field trials—to try to increase reliability and reduce unsupported theoretical bias. Of course, each DSM version is a flawed document. So is my chemistry textbook from 1975. But science trudges forward. What seems like a “two steps forward, one step back” process reflects the slow refinement of consensus as to what can go wrong with the human brain.

Mental health issues are devastating. They can strike early. They are relatively common. They can be debilitating throughout a normal lifespan. Add to that the stigma of “defective character,” “spiritual depravity,” or “moral insanity” and you are piling on suffering. The DSM, as a document based on the so-called medical model, offers people with severe mental issues an idea they can relate to: I am not a bad person; I have an illness.

There are a number of mental health professionals who cannot utter the words “medical model” without narrowing their eyes and curling their lips in a contemptuous sneer. Science, allopathic medicine, the medical model—I admit it: I’m a fan. All of my children survived to adulthood. I did not get, nor do I have any acquaintances with, polio. I still have all my teeth into my sixties. These were all rare events less than a century ago. I’m glad we know that “refrigerator mothers” do not cause autism and that 90% of sexual dysfunction is not due to psychological conflict; it is due to circulation and hormone changes. Progress in mental health research lags painfully behind the other medical specialties. After all, the human brain is the most complex structure we know of in the universe. But when it comes to finding the cure for Alzheimer’s, I am placing my bet on the laboratory, not the herb garden.

Of course, it’s complicated. Not every issue in the DSM is a brain disorder. An angry, aggressive child from an abusive, chaotic family, or a thunderstruck spouse learning of a partner’s affair, doesn’t have a brain disease. Such people are miserable, vulnerable to bad choices, and under severe stress. Unfortunately, managed care forces us to make a diagnosis in order to provide help. This is beyond a distortion of the reality of the situation. It is unfair, damaging, and does not reflect what we know about human beings and how they are connected to what is happening around them. The DSM can easily aid and abet this confusion—the difference between asking the question, “What is wrong with you?” versus, “What happened to you?”

So I lied. I don’t love DSM-5. I wish it were more exciting, filled with dramatically colored qEEGs and fMRIs, cataloguing all the biological markers that distinguish the normal from the pathological. I wish there were better clarity in separating brain diseases from brain adaptations. I wish the “key opinion leaders” on the DSM task force didn’t all pay their academic dues by doing research for Big Pharma. I wish we had a lot of choices of nontoxic, natural, effective treatments for the things that make us miserable.

But it isn’t, there isn’t, they did, and there aren’t. “DSM follows the field; it does not lead it,” as one researcher commented during a presentation on DSM-5 criteria for attention-deficit hyperactivity. This is science. DSM is a textbook. We have to wait for the evidence. It is maddeningly slow. But at least 11-year-old girls don’t get diagnosed anymore with “study and novel reading.” I’m really happy about that.