No Kids? No Apologies Necessary 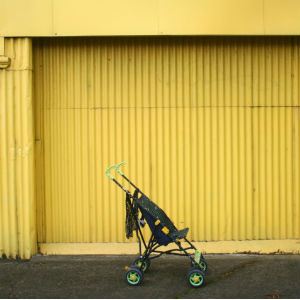 Marian looked down thoughtfully, and then looked up. “It’s not that I feel my life isn’t great,” she said. “It is. It’s just that Chris and I feel so different from our friends. I miss being able to connect with everyone so easily, like we did in our twenties. We’re going to Italy and the latest great restaurants, and they’re talking about going to block parties and kid-friendly cafes.”

Though fictional, Marian, like many of the people I see, adeptly describes the diaspora that can occur between people who have chosen not to have children and those who have. Not everyone experiences this problem or feels isolated by their life circumstance, but as a psychologist I’ve noticed a theme: a divergence of connection and a lack of discussion about it.

Because American culture expects a certain trajectory—grow up, go to college/get a job, get married, have kids, have a career or stay at home, retire and wait for grandkids—those without children can feel displaced, excluded, or (unintentionally) put down.

Comments along the lines of “I’m sorry” can be shaming because they suggest that the person’s lifestyle—perhaps childless by design—should be pitied. A clear preference for a lifestyle with children over a lifestyle without can create invisibility and exclusion by default, which can cause distress in people without children.

There are three distinct categories of people who don’t have kids: those who always knew they didn’t want them; those who were ambivalent about having kids or made a choice later in life about not having them; and those who can’t biologically have kids (and have chosen not to adopt). All three categories share commonalities and differences. While I can’t speak to each individual difference, I want to speak to some general issues.

For people who tried to have kids and didn’t succeed, talking about not having kids can be painful. Such people may find themselves avoiding events or connections with others who have had children. Because there is something they want but can’t have, depression and grief are natural. Therapy can be helpful in acknowledging the loss and helping people move forward. Psychotherapy groups, in particular, can be helpful for people coping with infertility/loss/sadness about not being able to conceive.

For couples who never wanted children, the choice may have been easy—but comments from people who have kids might not be. Some can sound pitying and shaming (“I’m so sorry, are you OK?”). Or there might be an assumption that a person who chose not to have kids doesn’t like them; that’s often untrue. People in this category are not usually depressed as a result of their decision, and often feel satisfied with their life choices.

Lastly, there are people who considered having kids but chose not to have them for one reason or another. Such people and are typically (mostly) satisfied with their choice. Their reasons may vary, including a desire to focus on their careers, medical issues that might get in the way of having or raising kids, not being able to devote themselves to parenthood as much as they would like, or having been early caretakers to their parents or siblings when they were children (often called “parentified children”). If there is ambivalence about having children, therapy can be insightful.

In each of these subgroups, people without children may feel it’s harder to meet friends because people in their age group are having kids; tend to socially gravitate toward the parents of their kids’ friends; or have moved toward child-centered interests, activities, books, and restaurant choices. (It’s natural to want to read every parenting book that’s out there if you’re a parent. Spending a lot of time thinking about ways to be a good parent is wonderful, but there’s going to be a limit to the topics you can discuss with friends who don’t have children.) As a result, a gulf begins to emerge between lifestyles. It’s not an impossible gulf to close, to be sure, but one that needs awareness and attention.

There are advantages and disadvantages to both ways of life. It really comes down to choice. You have a right to be happy, and your choices affect everyone around you.

If you have chosen not to have kids, you are not alone. There is nothing wrong with you. Making a decision that’s right for you makes everyone’s lives better.

If you have kids, here are some suggestions on talking with people who don’t have children:

There are many ways to experience the gift of life, and it doesn’t have to come from having children. One of the best ways is by reaching across the divide of differences to support and learn from each other.