No, Getting Married Will Not Make Everything Better 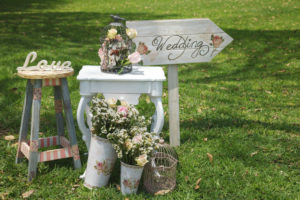 Have you ever heard someone say the problems they have in their relationship will get better or go away altogether once they get married? Believe it or not, this is a thing. Of course, the belief marrying will solve all problems with a significant other is only reinforced by pop culture portrayals of marriage as the be-all, end-all.

What I have found in working with couples of all sorts is that the problems couples have prior to marriage will still be problems after they marry. Fortunately, however, there are things you can do to address problems in your relationship before you recite a single wedding vow.

Many couples struggle to be authentic with one another, especially early in their relationship when they want to be seen in as favorable a light as possible. This kind of inauthenticity doesn’t allow for one of the keys to a healthy relationship: honesty. Openness about all things is what forms a foundational, trusting bond. Sometimes people struggle to be honest because they are fearful of what the other person in the relationship will think of them. Sometimes honesty and vulnerability were not modeled in childhood, making them hard to access in adulthood. But for a relationship to survive, let alone thrive, authenticity is a must.

When there are obvious red flags in a relationship, pay attention to them. These red flags could be any number of things: controlling behavior, continued contact with an ex against a partner’s wishes, abusive language, and more. These behaviors aren’t momentary lapses of judgment; they are established trends that will be brought into marriage if not given the attention they deserve. Keep your eyes open and be honest with yourself about what you see.

People who care about you may provide insight that helps you evaluate your relationship more objectively.

Often, friends and family are able to clearly see what we can’t, for whatever reason. We tend to forget this and then are shocked when they point out something we probably should have noticed ages ago. If you have someone in your life who has earned your trust, give special consideration to the things they have to say about your relationship. They are most likely saying these things because they care about you. People who care about you may provide insight that helps you evaluate your relationship more objectively.

Many times, people have all the facts in front of them and they still head into marriage with huge amounts of relational baggage. Making a choice not to stay in a relationship or not get married is hard. Better to make it sooner rather than later, however. Too many people get married and then let unfulfilling year after unfulfilling year go by before making a choice that has likely only become harder. When you wait, the fallout that comes with ending the relationship may be much greater (not to mention more expensive) as children and family get swept up in divorce. Making hard choices earlier is not only in your best interests, it is in the interests of others as well. (That includes your significant other, by the way, even though they may not recognize that right away.)

In the midst of this decision-making process, it is important to find support. This could come in the form of friends or family who know what is going on. It also could be helpful to seek out an emotionally unattached third party, such as a therapist, to help you unpack your feelings and problem-solve. Doing this alone can be overwhelming, so getting the support you need is of high importance.

These are only a handful of the many things to consider as you make important decisions regarding your relationships. What are some you would add to this list?