No Differences in Kids Raised by Same-Sex Parents 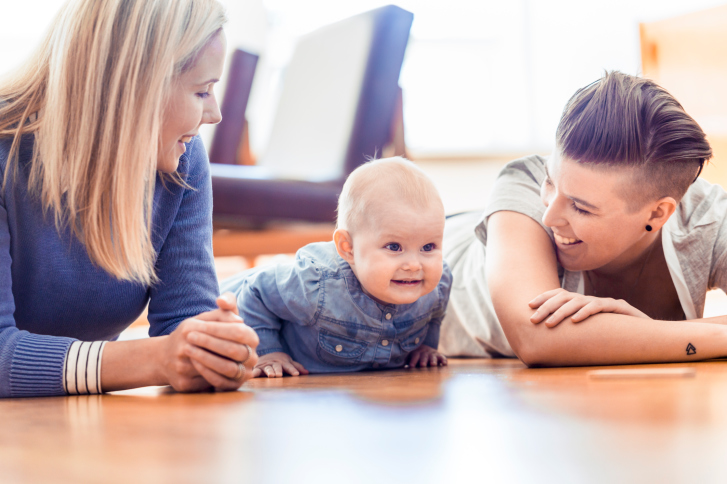 According to the American Association for Marriage and Family Therapy, between 1 and 9 million American children have at least one lesbian or gay parent. As of the 2000 Census, about 594,000 households contained same-sex partners, and children lived in about 27% of those households.

Researchers recruited families from the National Survey of Child Health. They compared 95 female-headed same-sex households to 95 households headed by two parents of different sexes. They did not include male-headed single-sex households because only a small number met the inclusion criteria.

Both single- and different-sex parents were raising their own children from birth, with no separations, divorces, or adoptions, and no history of family instability. This enabled researchers to hone in on the effects of sexual orientation while eliminating any effects of family disruption on children.

The quality of parent-child relationships, the relationships between parents, and child outcomes were the same in both groups. However, single-sex parents did report higher levels of parenting stress.

The Power of Positive Parent-Child Interactions

“This study adds to the growing body of evidence that it is the quality of spouse-partner and parent-child relationships that affect children’s emotional well-being, not the sexual orientation of the parents,” Jampol said. “The science is clear: there is nothing inherently detrimental about being raised by same-sex parents. Furthermore, any effects from additional stress that these families experience are buffered by stable, healthy relationships.”

At least 73 previous studies have confirmed that being raised by same-sex parents does not harm children.