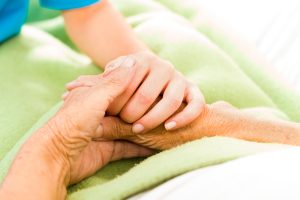 In a study published in the journal Neurobiology of Aging, blocking the brain’s nicotine receptors prevented Alzheimer’s-related memory loss in mice. Previous studies have pointed to the potential benefits of nicotine consumption, though the downsides of the substance generally outweigh the benefits for many. This study offers a clearer understanding of nicotine’s role in memory.

Like all animal studies, it is unclear whether this approach could also work in humans. However, many treatments that were initially effective in mice have eventually proven beneficial to humans, so the study may offer new avenues for Alzheimer’s researchers to explore.

The Role of Nicotine Receptors in Alzheimer’s

Most research points to the role of amyloid beta plaques in the development of Alzheimer’s. These plaques damage nerve cells, contributing to memory loss and overall cognitive decline. By the time these plaques are detectable on a brain scan, most people with Alzheimer’s already have extensive symptoms.

The team focused their attention on one subunit, known as β2, located in the brain’s hippocampus. By blocking the gene that codes for this subunit in mice, they were able to successfully prevent the development of amyloid beta plaques, as well as the outward symptoms of Alzheimer’s.

The research suggests one mechanism through which scientists could eventually block the development of amyloid beta plaques, protecting against the symptoms they eventually produce. The researchers say the next step would be to find something that could effectively block the subunit without the other harmful effects of nicotine.

Another recent study suggests an experimental drug for Alzheimer’s treatment could potentially remove these plaques from the brain, but researchers of that study caution that the sample size was not large enough to prove the drug works. In much of the current research on Alzheimer’s, new pathways to explore different treatments have been identified, but not definitively proven.

The Mental Health Toll of Alzheimer’s

According to the Alzheimer’s Association, more than 5.1 million Americans have Alzheimer’s, and 1 in 3 seniors dies with Alzheimer’s or another form of dementia. The effects of this diagnosis extend far beyond those with the condition, because Alzheimer’s demands time-consuming care and is not curable.

On average, family caregivers spend more than $5,000 per year caring for someone with Alzheimer’s. Caregivers may struggle with depression, financial stress, and chronic health problems, particularly if they have inadequate support.