Angels from Newtown: Are We Listening? 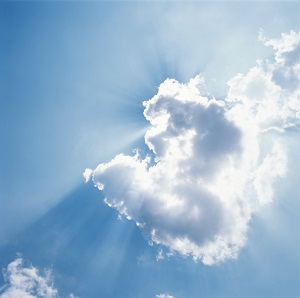 It’s been over a month since the Newtown massacre. It’s a story that no longer is constantly splashed in the media. But even though it’s old news, I believe the story needs to stay alive within each of us. There have been 31 school shootings in the United States since Columbine. The death of 20 young children has to be the final straw, the impetus to motivate us to change. The only sense I can make of the otherwise senseless deaths of children is to be an advocate for change. Violence in our country is a complicated problem that requires a multidimensional solution. I am not a legislator, although I believe laws need to change. I am not a security professional, although I believe new security efforts are necessary. I don’t sell or purchase guns, but there needs to be changes in that arena. I am not a spiritual leader, but I believe spiritual lessons can be learned in the face of these tragedies.

A well-respected psychiatrist, Alfred Adler, believed no human behavior is haphazard; all behavior has some purpose. He also thought people are social creatures who have a universal goal of wanting to belong. Furthermore, he said people who display interest in others’ welfare are the most emotionally healthy. We know the profile of a school shooter is someone who is socially disenfranchised, bullied, or awkward. Adler would say an individual who lacks belonging becomes discouraged and shows little interest in others. This level of discouragement leads to inferiority feelings. No one likes feeling like they don’t belong or they’re inferior to others. They find ways to compensate for the pain of rejection. They behave in ways that help them feel superior, sometimes with disregard for the welfare of others. So a discouraged, disenfranchised young person who feels rejected and unimportant mistakenly believes he or she can become “important” by being a mass shooter.

Loving kindness isn’t sensational or dramatic. It doesn’t sell movies or video games. Kids now watch massacres on their Xboxes, phones, iPads, and huge television screens. They do it multiple times a day. This technology has helped reinforce violence as acceptable. It also has desensitized the reality of pain and the devastating consequences of violence.

It used to be that cartoon and movie heroes dressed up in silly costumes got bad guys with punches and captions like “POW!” or “BAM!” Now video “heroes” can blow up a fictitious universe using weapons of mass destruction.

These are just a few thoughts from the perspective of someone who works with people’s emotions and behavior.

I believe in angels. I believe those 20 children and six educators are now angels trying to lead us to do good deeds. If we pay attention to the angels, we can learn to value peace and interest in others. So my final recommendation is to take time to assess if you and your family value and model nonviolent behavior. Are you paying attention to the messages of the angels from Newtown?