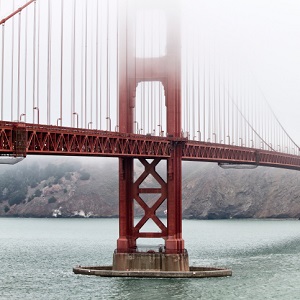 Groups such as SAVE (Suicide Awareness Voices of Education) and the American Foundation for Suicide Prevention (AFSP) dedicate their efforts to raising awareness about the signs of suicidal ideation and behavior, as well as educating the public on how to prevent suicide. The National Institute of Mental Health (NIMH) reports that more than 30,000 people in the United States take their own lives each year—and nearly 11 times that amount attempt suicide.

Earlier this week, SFGate reported that suicides at the Golden Gate Bridge have reached an all-time high with 46 deaths in 2013. Locals and loved ones of those who have lost their lives by jumping off the bridge are clamoring for an already approved but underfunded safety net to be installed to prevent future bridge suicides.

Here in Olympia, Washington, a former University of Washington student who nearly attempted suicide at age 24 and is now in recovery, says that when he first sought help at a primary clinic, the nurse practitioner did not ask him how he was feeling or if he was suicidal; she simply wrote a prescription. On Tuesday, February 25, he appealed to Washington state officials in Olympia—along with other suicide prevention advocates—to make suicide prevention training a requirement for medical professionals.

In other mental health news…

A study published in Pediatrics reveals that the effects of bullying during school-age years linger long after the incidents and interactions take place.

Insufficient funding and a shortage of beds in state mental health facilities have kept at least six people with mental health issues in Nevada prison cells for up to three months longer than their sentences require. Significant cuts to mental health funding from 2009 to 2012 have contributed to the lack of resources for appropriate care.

On February 24, 2014, the Commission to Eliminate Child Abuse and Fatalities held their first public meeting in Washington, DC. The individuals who participated in the event at an administrative level were appointed by President Obama in September of 2013.

Additional funding in the amount of $276 million has been granted to the Substance Abuse and Mental Health Services Administration (SAMHSA) to address the mental health needs of children and youth, specifically. Project AWARE (Advancing Wellness and Resilience in Education) is one of the initiatives being launched to provide adequate mental health training to teachers and other professionals who work with youth and their families.

SAMHSA Is Accepting Applications for up to $25.2 Million for Services Grant Program for Residential Treatment for Pregnant and Postpartum Women

Approximately $25.2 million in grant money is available through SAMHSA to help pregnant and postpartum women access residential treatment for substance abuse. Public and private nonprofit organizations are eligible to apply.

It Happened to Me: I Almost Became a Victim of Sex Trafficking at the Sochi Olympics

A former NFL cheerleader turned writer, reporter, and sports broadcaster was lured into a potential sex trafficking trap at the Sochi Olympics. She tells her story firsthand to XO Jane.

It’s always encouraging to see someone of celebrity status stand up for a cause. In an effort to raise awareness and appeal for increased government funding for Alzheimer’s, Seth Rogen, whose mother-in-law has the condition, shared his sentiments in a congressional hearing. Though only two senators stuck around to hear his story, video footage of Rogen’s testimony already has over one million views on YouTube.