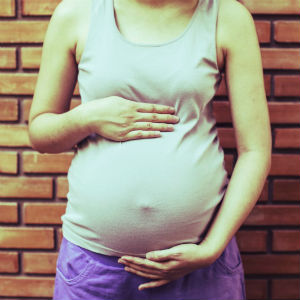 Parents of children on the autism spectrum often notice the condition slowly over time, as a child’s development unfolds and seems unusual. But a new study suggests that the path toward autism is set before a child is even born. Although the study was small, it helps to undermine arguments that autism is a product of parenting choices.

The researchers emphasized that children with autism showed abnormal brain development no matter how their symptoms manifested. They argue that this serves as evidence that children’s brains can adapt to abnormal development if they receive early intervention and treatment.

The study is one of the first to indicate a potential physical cause of autism. However, because the study was so small and looked at the brains only of children who had died, the results are preliminary and not conclusive.

The autism rate is now at an astonishing one in 68 children. April is Autism Awareness Month, and autism advocates across the country spend this month pushing for early detection and appropriate interventions. The latest study demonstrates that these efforts are valuable, since children with the same brain abnormalities can show significant variety in social and language skills. Sarah Swenson, a Seattle-based therapist and GoodTherapy.org Topic Expert, explains, “One of the most important results of early diagnosis is that parents can learn skills to become effective parents to their child, facilitating the child’s growth and development, and avoiding the stress of expectations that are not appropriate.”

Parents should know the early warning signs of autism. If you’re concerned about your child’s development, consult your pediatrician or a therapist who specializes in the issue.

Some warning signs of autism include:

Ponte Vedra Beach, Florida therapist Janeen Herskovitz, also a GoodTherapy.org Topic Expert, emphasizes that parents may need help not just for their children, but also for themselves.

“If you do get a diagnosis, or feel you are headed in that direction, get counseling for yourself and your family,” Herskovitz said. “While there is so much hope for progress and even recovery, autism is [an issue] that will profoundly change your family’s life and your marriage. Counseling, especially with someone who really understands the [condition], can make the journey easier. Second, find a physician who understands that autism has autoimmune foundations that can be, and need to be, treated in order to ensure the best possible outcome for your child.”