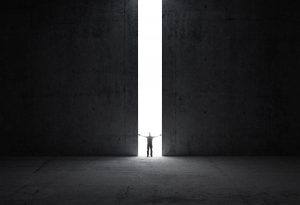 In the wake of a large increase in suicides, researchers are trying to find methods to prevent suicide in vulnerable people. Social media platforms such as Facebook are also contributing by devising proactive tools for suicide prevention.

In April, researchers from the National Center for Health Statistics reported suicide rates are at a 30-year high. Some groups saw greater increases than others. Though men continue to die by suicide at higher rates than women, the suicide rate among white women climbed by 60%. American Indians and Alaska Natives had the highest overall increase in suicide rates (89%).

Reliable predictors remain elusive. A 2010 study found trained clinicians were no better than chance at predicting which emergency room patients would attempt suicide within the next six months.

To end the uncertainty, some researchers have begun looking for biomarkers for suicide, such as sleep patterns, brain activity on functional magnetic resonance imaging (fMRI) scans, and stress hormones in the blood. The National Institute of Mental Health (NIMH) has launched a study that will explore these and other biomarkers in 170 people, some of whom have previously attempted suicide.

Though research does not yet point to reliable suicide risk factors, some patterns have emerged. For example, the NIMH group studying suicide recently found people with a history of depression who are generally awake between 4 a.m. and 5 a.m. seem to have increased suicidal thoughts on the following day.

Some social media platforms are using their wide reach to combat suicide. Facebook continues to refine its outreach strategy, offering tools to people who fear a friend might be experiencing thoughts of suicide. Users can flag posts for quick review, and are then given the option to directly message the friend. After a brief review, Facebook sends a message to the flagged user offering options for help, such as talking to a friend, calling a hotline, or getting online tips.