New Insight into the Stress-Health Connection and Other News 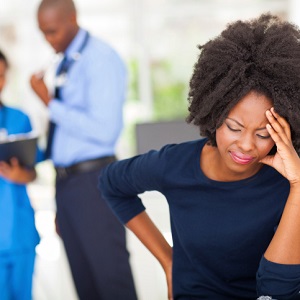 Scientists have long known that negative emotions can negatively affect cardiovascular health, leading to serious health conditions such as strokes and heart attacks. The mechanisms behind such health effects, however, are unclear. New research may provide some insight, though. The study, which was published in Biological Psychiatry, found that long-term stress and negative emotions lead to a build-up of chemicals called pro-inflammatory cytokines. These chemicals then increase the risk of atherosclerosis, a condition that causes plaque to build up in the blood vessels, increasing the risk of cardiovascular health problems.

The researchers noticed that brain areas that regulate inflammation also played a role in emotion. They theorized that negative emotions would then lead to more inflammation in the body, and that over time these higher levels of inflammation could undermine cardiovascular health. They asked 157 research subjects to look at upsetting images while trying to control their emotions.

Using brain imaging techniques, they found that participants who showed more brain activity when they tried to regulate their negative emotions also had more pro-inflammatory cytokines. Those who have to expend more energy regulating negative emotions may have more negative emotions and therefore a higher risk of heart health problems.

We’ve all heard the strange reports of people who see religious figures in food and other everyday objects, but a phenomenon called face pareidolia might help to explain these apparitions. A new study emphasizes that the human brain is wired to see faces, so disparate images that superficially resemble facial features can become linked, and for some people, these images might resemble religious figures.

Gender May Contribute to Recovery Time After Concussion

Every year 17 million people suffer from a mild traumatic brain injury, and a new study shows that men typically take longer to recover than women. The study used a type of imaging called diffusion tensor imaging, which allowed researchers to see microscopic features in the brain that other imaging technologies might miss. The researchers used DTI on 22 female and 47 male concussion sufferers. With better images, researchers saw longer-lasting concussion effects in men than women.

At Mount Si High School in Washington, it’s a yearly tradition for boys to pick girls for a hot girl competition—even if the girls don’t want to participate. Boys vote on girls online, and some girls have experienced cyberbullying as a result of the involuntary competition. A new student group dedicated to gender equality is fighting back with t-shirts and protests. The group has 37 members, half of whom are boys.

Many children love horses, but it turns out that spending time with horses could be more than just a hobby. A new Washington State University study examined 130 fifth through eighth graders who spent 90 minutes a week with horses. The students who participated in the horse program had lower cortisol levels than those who didn’t. Cortisol is a hormone commonly linked with stress.