New Hope for Those with Huntington’s 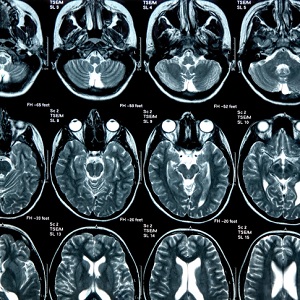 Huntington’s disease has long been a source of terror for people at risk of developing it. Huntington’s is genetic, and people with the medical condition don’t typically know they have it without genetic testing. Symptoms can manifest at any time, but typically begin in one’s 30s or 40s. Once symptoms appear, they can quickly become debilitating.

Huntington’s can destroy motor skills, alter emotional reactions, and lead to a steady decline in cognition. The disease is ultimately fatal. Legendary folk singer Woody Guthrie died of Huntington’s, and little progress has been made toward a cure or treatment for it. A new study, though, sheds light on a potential treatment.

An Animal Model for Treating Huntington’s

Huntington’s disease causes rapid cell death in the brain, and researchers have long known that a neurotransmitter called glutamate can speed up cell death. The University of British Columbia study examined the effects on animals of blocking a group of glutamate receptors called extra-synaptic NMDAR receptors. These receptors have previously been implicated in other neurodegenerative conditions such as Alzheimer’s. When researchers administered a drug designed to block NMDAR receptors, cell death slowed and motor skills and coordination improved.

Because Huntington’s disease typically affects motor skills first, the results are promising. The treatment is not a cure for Huntington’s, but it could be an effective treatment. It’s now routine for people whose parents or grandparents had the health issue to undergo genetic testing. Because people Huntington’s typically learn of their condition years or even decades before they experience symptoms, there’s often plenty of time to try out treatments. If blocking glutamate receptors proves as fruitful in humans as it does in animals, people who learn they have Huntington’s could begin treatment immediately, potentially delaying symptoms or even preventing them from developing entirely.

The research is preliminary, and animal models don’t always neatly apply to humans. Since NMDARs play roles in several brain disorders, though, it’s likely that blocking them could work as well in humans as it does in animals.