New Drug Promises to Reverse Opioid Overdoses (and Other News) 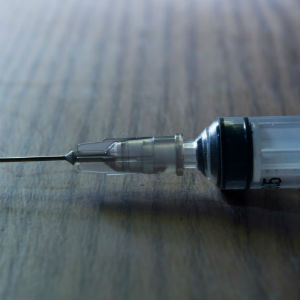 Nearly 75% of drug overdoses are caused by prescription opioid medications; these drugs led to 14,800 fatal overdoses in 2008. The powerfully addictive nature of opioids can make quitting seem impossible, and addiction often causes drug users to steadily increase their drug dosage.

But a new drug offers hope to opioid abusers and the people who love them. Evzio comes in a hand-held injector and delivers a rapid dose of naloxone hydrochloride that can reverse the potentially fatal effects of an overdose.

Family or friends should administer the drug as soon as an addicted person shows signs of an overdose, such as slow breathing, decreased heart rate, or loss of consciousness. When activated, the device offers step-by-step instructions on proper use.

In other mental health-related news this week:

Numerous studies have shown that chronic stress can alter a child’s genes, but these studies have been conducted on white, middle-class children. A new study found that African-American boys experience similar effects, with stress altering the genes of children as young as 9 years of age. African-American children are more likely to be exposed to social inequality and economic stress, making them even more likely to experience stress-induced genetic changes than white children.

With each new study, aerobic exercise looks more and more like a magic pill. Previous research has shown that exercise can reduce the risk of depression, increase life expectancy, prevent cancer, and reduce the risk of diabetes. The latest study examined the effects of exercise on 86 women between the ages of 70 and 80. Each of the women complained of memory problems. But twice-weekly hour-long aerobic exercise sessions spurred memory improvement. MRI scans showed that women who exercised experienced an increase in hippocampal volume.

About a million children sustain a head injury every year, and many go on to appear happy and healthy. However, head injuries can fundamentally alter a child’s personality. Three years after an injury to the frontal lobe of the brain, children still had damage to the brain. Among children who had suffered this sort of head injury, trouble with friends was common, and the children were more likely to be described as loners.

Study: Medical Schools Can Do More for Depression in Future Doctors

The grueling workload of medical school coupled with constant exposure to tragedy exacts a hefty toll on future doctors. Between 20% and 30% of medical students experience depression. When Saint Louis University altered its medical school curriculum to include information about stress, anxiety, and depression, depression rates at the school plummeted from 27% to 11%.

Author: 25% of Those Seeking Help for Mental Illness Go to Their Church First

Amy Simpson, author of Troubled Minds and the Church’s Mission, argues that 25% of people who need mental health care turn to their church first. Simpson also emphasizes that 98% of church leaders say they’ve seen mental health issues in their congregation, but only 12.5% of churches  offer an atmosphere in which churchgoers feel comfortable discussing them.