Multicultural Relationships: Surprise! You’re in One 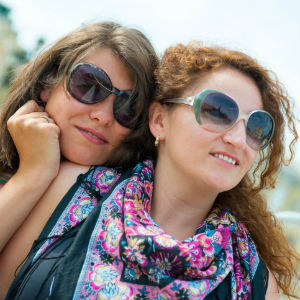 When you think of the word “multicultural,” you probably envision people of different skin colors, or perhaps nationalities, but those are only two factors out of many that determine a person’s culture. Dialect, geography, religion, economic status, size of hometown, foods—these and more are part of a person’s culture. When you are gay, bi, or trans, you may be so focused on that culture that it is easy to forget about the cultural differences within your relationship. And that can be a mistake.

Knowing someone intimately includes knowing their life experiences and how things look through their eyes. If you ignore these things, you are opening the way to conflict and hurt. Differences don’t have to be barriers to a relationship, but they should be understood and respected. Otherwise, these differences can pop up in arguments without you realizing it. For example:

Yes, these can be cultural issues. People in different parts of the country (or of different religions, or different economic status, etc.) have different ways of doing things, different traditions. Even within the common threads of the LGBT community, there may be sharply contrasting experiences. One person may have come out to a loving family, while the partner may have been kicked out of his or her home. One may be accepted within his or her profession, the other may always be fighting discrimination.

The more you know about your partner’s world, the closer you will be and the more peace you will have. So … recognize all the ways you were raised differently. Ask questions! Share, and listen when your partner shares. Talk TO each other, not at each other. Be curious. Be interested. Don’t ridicule, tease, or criticize your partner’s life experience. Otherwise, he or she will be reluctant to share with you again. There may be times when sympathy is appropriate, or when you can laugh about something together. Sharing the past with someone who really cares is important to everyone, but particularly within the LGBT community, where there are many whose feelings had to be hidden and one’s self-expression was met with hostility.

Being aware of your differences and understanding them helps to avoid those dangerous assumptions we make when disagreements occur. When there is conflict, it is common for a person to feel his or her partner doesn’t care about them, or to assign a feeling to the partner that isn’t really there. “They aren’t coming with me because they are embarrassed by me.” “She hates my family.” “He is so selfish!” The truth may be that your partner is refusing to do certain things because of the way he or she feels about himself/herself. Maybe he is embarrassed about his lack of higher education and that is why he doesn’t want to go to your office party. Maybe having to be closeted most of her life makes it hard for her to go to gay events. Maybe where he comes from, you don’t show up at a party without a written invitation. You won’t know unless you talk about it.

Sometimes cultural issues don’t cause problems until children arrive. Reaching this phase of life, if you choose to be a parent, can’t help but stir up memories of your own childhood. Especially holidays. This is when conflicting traditions can spoil special events and cause a lot of pain. Having talks about your own family traditions, those you liked and those you did not, before becoming parents is wise. If you didn’t think of it then (and maybe assumed that you would both …), then do it now. But remember the points above—be respectful, listen even if you don’t agree, and ask questions. From a place of caring, it is much easier to make decisions about how to move forward.

Cultural differences do not have to get in the way of a loving relationship. They can deepen and expand it if you take the time to learn about your partner and share on a new level.