Is There Any Real Danger in Having Low Testosterone? 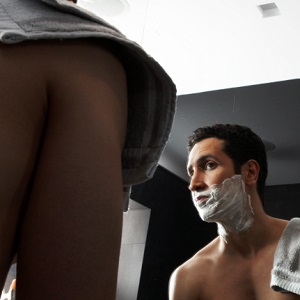 Men frequently tell me about the vagaries and humiliation of “having low T” (low testosterone). And I recently saw an advertisement that read “Does Your Fella Have Low T?” But here’s the thing: any guy you know over 40 is practically guaranteed to qualify for a diagnosis of low testosterone.

No matter what age you are, wouldn’t you answer yes to online self assessment test questions like “Do you have less energy than you did five years ago?” or “Do you ever get headaches?” A frightened person in one of my therapy sessions told me about these questions recently; both she and her husband “failed” the test, which targeted “symptoms” like fatigue and reduced libido. “The only difference is that his body hair is reducing,” she wailed, “and mine is increasing!”

In the late 1990s many, if not most, of my female friends (boomers all) began taking HRT (hormone replacement therapy) as we entered menopause, confident that this miracle drug would prevent wrinkles, dementia, and heart attacks. Those of us who declined the miracle drug were vindicated when the Women’s Health Initiative found that HRT increased the risk of heart attacks and dementia. (Who knows about the wrinkles?!) Sales of HRT plummeted.

Now Big Pharma is targeting men, women who worry about them, and docs who can prescribe testosterone. And they’re using people’s fear to make sales. The primary fear is, you guessed it, SEX—or lack of sex.

Their testosterone page lists “reduced sex drive” and “sexual dysfunction” as being so-called risks of low T. It encourages worried men to “talk to your doctor about your symptoms. Ask if you should be tested for Low T.” This advice presumes that a “normal” level of testosterone exists. It doesn’t. T levels peak for men in their 20s and then decline gradually.

After age 40 levels decline by between 1% and 2% per year. An experienced urologist once told me that football fans have higher testosterone levels on Super Bowl Sunday than on other days! None of the literature that I’ve looked at finds a consistent relationship between symptoms like low libido and testosterone levels.

I was willing, however, to support male clients trying T products in attempts to perk up their sex life, until I read an article by Charlea T. Massion, MD and Adriane Fugh-Berman, MD in the September/October newsletter “The Women’s Health Activist.” They cite a meta-analysis of 27 trials consisting of 2,994 men, which identifies cardiovascular-related events, including 180 heart attacks, among men using T.

“Testosterone therapy,” they wrote, “significantly increased the risk of cardiovascular events; the risk identified varied depending on whether or not testosterone manufacturers funded the study.” Ouch!

We live in a culture that idolizes youth and fears aging. So Big Pharma capitalizes and portrays Low-T as a disease for men the same way that menopause has been dubbed a female disease. So I’m passing on medical wisdom from Massion and Fugh-Berman that should resonate for all of us:

“Don’t believe industry-funded research, and don’t let the men in your life take a dangerous hormone on the basis of hype and hope.” Sadly, I fear, this hope is based on hype.