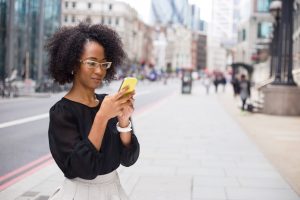 Can a weeklong global survey conducted through a mobile app offer an accurate representation of mental health worldwide? The developers of the app—called How is the World Feeling?—hope the results of their program will provide unique international data to mental health experts while also shining a spotlight on the global increase in suicide rates seen in recent decades.

A Look at Mental Health Around the World

Advertised as the largest mental health project in history, users of the app will answer identifying questions—including those about their age, gender and sexual identity, and relationship status, among others—when first enrolling. Then, they will be prompted periodically from October 10-16 to share their current mood status. Users can report feeling angry, anxious, happy, sad, powerful, or peaceful. The app will also direct users in need to mental health resources—where available—and provide tools for managing symptoms such as anxiety or mood swings.

The app comes from Spur Projects, an Australian-based suicide prevention organization. Before developing the app, the organization tested the concept using a similar survey model focused only on Australia. The project gathered more than 20,000 updates from about 3,800 users in Australia. The goals of the global version include using the app’s online momentum to kick start an international conversation about mental health, emphasizing how mental health issues impact various people and regions of the world differently.

According to the developer’s website, the data provided will offer an overview of emotional trends and differences across ages, genders, and geography. These findings could include demonstrating how people of the same age and in the same location might experience anxiety at different times of the day or week.

The developers say the eventual data will be open source and accessible to mental health professionals worldwide. As a benefit for users, the app will include a log of individual data, allowing people to see trends in things that make them happy, sad, or anxious.

The exercise is being promoted as both a fun experiment and a serious scientific undertaking. While the resulting data may not provide strict scientific findings, Spur Projects hopes it can identify trends in global mental health while promoting further discussion on the increasing rate of suicide.

Suicide now claims more than 1 million lives worldwide each year. In just 15 years—from 1999 to 2014—suicides in the United States increased by 24%.