Creativity: The Key to Innovating Change in Therapy 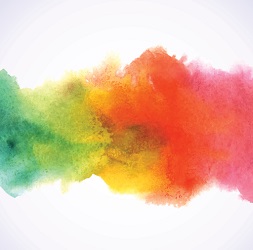 This article is dedicated to my late mother, Elinor Dorsey Fagin—poet, writer, artist, and high school creative writing teacher to many devoted students, including me. Today would have been her 96th birthday.

One of my favorite television series of past years is the ten-episode PBS documentary Connections. The idea behind the show was that progress is not always linear; it’s often the result of connections between seemingly random events in history—whether made through happenstance, proximate causality, or invention—and that often the developments that occur as the result of the connections made between these random events have produced innovations of great usefulness to people. Each episode, whether examining the evolution of the Renaissance from the Medieval World or showing how methods employed by the Medieval Norman French in warfare served as a precursor to communication in the modern world, was equally illuminating and thought provoking; every week, I found myself riveted in front of the television to see what would happen next!

The combination of connection, innovation, and utility that was illustrated so well in the Connections series can form a basis for a working definition of creativity that perfectly meshes with Einstein’s famous quote that “problems are not solved by the same level of thinking that created them.” As therapists, encouraging people to make new connections between the source of their suffering, their current difficulties, and plausible solutions embodies the essence of creativity. The relationship and interaction between therapist and client provides the framework through which this synthesis can occur, with the therapist gently challenging the client’s defenses that have resulted in stagnation of the thought process and resistance to change. Thus, innovative thinking and process often combine creatively to produce an “a-ha!” moment and to form a solution with great utility for the individual.

Every therapeutic modality embodies creativity to some extent—even the most directive modalities—but perhaps one of the most creative is experiential, a modality pioneered by Carl Whitaker and Virginia Satir as a means of helping families break out of their dysfunctional communication patterns through the use of spontaneity, genuineness, and willingness to be in the here and now. We need not be Whitakers or Satirs, however, to imbue an element of creativity into therapy sessions. Every time we posit a guess as to the source of or reason for the perpetuation of a person’s distress, every time we ask, “Have you thought about it this way?” or “How about trying this approach?” we are prompting that person to make a connection that has not yet been made (or at least, been given serious consideration; a connection that, if considered plausible by the person, might lead to a revolutionary alteration in the manner in which the distress is conceptualized, faced, and negotiated).

An opportunity for creative synthesis of innovation and utility in the therapy room serendipitously presented itself to me recently. I had been utilizing my preferred cognitive-behavioral approach with an individual to try to help him identify the faulty thinking that had been keeping him “stuck” in unproductive behaviors that were interfering with his ability to concentrate on working as a visual artist. He was in distress about the behaviors and had spent many years berating himself about it. It was obvious that he had insight into why he had been engaging in the behavior but felt powerless to stop it. It was time to switch to a new approach.

After receiving his permission, I dimmed the lights in my office, placed a new-age CD called Relaxation with Music on the player, and turned on the serenity fountain. I encouraged the man to lean back on the sofa and concentrate on his breathing.  Knowing that he was visually oriented, I led him through a guided imagery exercise in which I asked him to describe, in visual terms, the bonds that were restraining him from breaking out of the unproductive behavior. I then asked him to visualize himself stepping out of the bonds that were holding him, and move into the freedom to choose those more creative pursuits that he had previously enjoyed and excelled at. Once he had the image, I asked him to describe the feelings he was experiencing as he stepped out into freedom. He expressed a tremendous sense of relief and joy at not only being able to suspend harsh judgment of himself—even for a few moments—but also at being able and willing to visualize himself free of the troubling behaviors while actively at working on his art.

This led to a discussion of mindfulness exercises he could practice outside of sessions to help him accept himself and his behaviors, and to develop the courage to change. The man said he would try to make time every day to engage in mindfulness practice. He promised to work on accepting his need to judge himself and his willingness to let it go. Hopefully, if he does continue to practice mindfulness on a regular basis, this connection will produce results that have long-term utility for him.

The point is not that a mindfulness-based treatment approach seemed to work for this individual when another modality had not. The point is that, as therapists, we don’t have to emphasize or even utilize music, art, writing, experiential therapy, narrative therapy or any particular approach in our work with people in order for creative change to take place. Our unconditional positive regard, our listening ear, and our open heart provide a space for a person to be—and to accept—who he or she really is, in the here and the now. It is an opportunity to provide encouragement for people to make the connections that have not yet been made between past events and current difficulties, between problem thinking and problem behavior, between creative blocks and their dissolution, between “stuckness” and freedom.

Our willingness to change strategies and to trust the process when therapy seems to get bogged down, models a new way of thinking and of being in the world for our clients, as well as helping us be braver counselors! A creative approach to therapy provides a wonderful opportunity for personal growth on the part of clients and counselors alike.

In subsequent articles I will be discussing the use of creativity in specific therapy modalities, as well as therapeutic tools for helping people deal with creative blocks. My aim is to show that creativity need not be confined to a definition that limits its use to specific populations or modalities, and that there are a number of different ways to effectively approach the problem of creative blockage. Elements of creativity —openness, spontaneity, nonjudgmentalism, the willingness to experiment, the ability to connect seemingly unlike elements, and trust in the process itself—make for dynamic and growth-enhancing therapeutic experiences for a variety of people with creative blocks as well as other issues.