Mindfulness for Meltdowns: Give Your Kid a ‘Time-In’ Instead 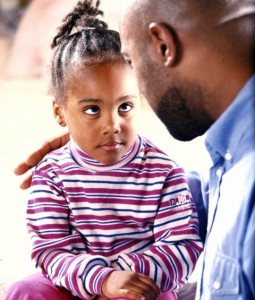 There is nothing more heartrending than watching your child mid-meltdown. It doesn’t matter if the cause is big or little, triggered by anger or disappointment—the pain your child is feeling is real, and sometimes, as parents, we can’t just “fix” it.

As a counselor, I work with families and children to help build self-regulation. Most of the kids I see are emotionally intense, so meltdowns happen frequently. As a mother, I’ve been in the trenches, trying to calm and console a sobbing child.

Why do kids have meltdowns? And what can parents do to help?

One concept gaining traction lately is the “time-in” instead of a timeout. When a parent gives a child a time-in, the child is given the help and support they need to find the tools to self-regulate. A timeout is more of a punishment; a time-in is an opportunity to coach your child in self-regulation strategies.

Are both appropriate at different times? I believe so. But a child who is having a fit about not wanting to eat a grilled cheese sandwich may benefit more from a time-in than a child who needs a timeout because he is in trouble for hitting his sister. (Note: If you, as a parent, are so frustrated that YOU need your child to take a timeout so you can also take a few moments to self-regulate before instituting the time-in strategy, do so! Parents need to practice self-care.)

So … what, exactly, should a parent do during a time-in? A time-in is a perfect opportunity to practice mindfulness with your child to help regulate emotions. I work with kids all the time on breathing techniques and muscle relaxation strategies to help them reduce their feelings of anxiety, frustration, and disappointment. But when they get home, they don’t use them! Their parents suggest, “Have you tried the breathing you practiced at counseling?” Almost 99% of the time, this simply leads to increased frustration for the child as they insist it doesn’t work.

The more intense of my children is my daughter, who is 4 and a half years old. Recently she was having a meltdown about something that was blown way out of proportion. (My own coping skill is blocking things from my memory, but that’s a topic for another article.) As she cried—loudly—I could feel my shoulders tensing and I tried to figure out if I could fix the problem. I knew I couldn’t until I got her calm.

I pulled her onto my lap and held her tightly. “Come on, honey,” I said. “Let’s do some breathing. Are you ready?” Clearly, she was not ready, but I plowed ahead. “Let’s do the birthday cake.” I held out the flat palm of my hand. “Let’s smell the birthday cake that just came out of the oven,” I said, and took a slow inhalation through my nose. “OK, now it’s time to blow out the candles.” I held up five fingers and waved them to represent candles and slowly blew them out. I modeled this several more times before she was able join and eventually calmed herself enough to try to talk about what was happening.

This is a simple breathing technique, but mindful breathing is one of the most effective ways to reduce anxiety and distress. If your child is too old for the birthday cake analogy, sit next to your child and encourage them to breathe with you until they are calm (or at least calmer). You can count out the breaths slowly (in-2-3-4-5, pause, out-2-3-4-5). Try to make physical contact with your child if they will allow you to do so.

This simple method for using a time-in encourages your child to build an important and basic self-regulation strategy, enhances the trust they have in the relationship with you, and fosters a quicker recovery from meltdowns. As this skill builds, your child will likely begin to implement it on their own, making life better for everyone in the home.