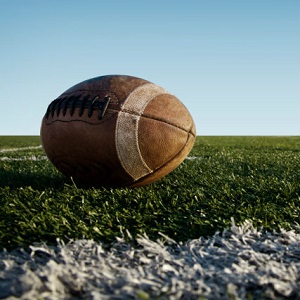 As a gay man, I am inspired that a football star such as Michael Sam would choose to come out, share the truth of his identity, and open his private life to the scrutiny of the media and the public on his own terms and in his own words. Sharing openly about his sexuality in a moment that could almost certainly adversely affect his future professional career is a brave decision.

The choice to share openly and initiate a dialogue about LGBT people being a clear and present part of the sports world is like dropping a big, gay pebble in the middle of an extremely hetero-centric pond. The ripples of this coming-out story have the potential to at least begin to alter how the public perceives LGBT people, the professional sports in which they participate, and how they are represented by the media. Eventually, this could open people’s eyes to the many and varied roles that LGBT people play in the world, well beyond the realm of professional sports.

For many who feel they have rarely, if ever, interacted with LGBT people, the picture of the LGBT community is colored by stereotypes that range from “sissy boys” and drag queens prancing around at pride parades, as covered by their local news, to the friendly, next-door lesbian always ready to fix a leaky drain pipe, as portrayed in sitcoms and movies. Recently, amid the controversies surrounding the issue of LGBT rights and gay marriage, old myths and propaganda have been reasserted in the media by conservative and religious factions that portray gay people as predators, perverts, and pedophiles who are morally unfit to be part of any community.

The Michael Sam story offers an alternative view of who we are to the world. If a heterosexual football fan in Missouri can cheer and root for an All-American defensive end who happens to be gay but plays great football, then perhaps the perception of his professional identity can outweigh the prejudice associated with his sexual identity, erasing the stereotyping created by bigotry and ignorance and proving that a person’s sexual orientation is only one small part of the vast array of qualities that combine to form a human being. By asserting the reality that a football star can be talented, successful, and gay, this ignorance can be contradicted and the story of the LGBT community being shunned and mistreated has the potential to be altered.

Even more important is the inspiration provided to LGBT teens as they witness a national story focused on a gay man coming out and being proud of who he is despite the potential repercussions. For many gay teens, their biggest fear is that they will be rejected, bullied, or ostracized by their friends, family, or community. The fear of coming out is very real for them, and the consequences of that process can be terrifying.

For these teens, witnessing Michael Sam put his professional future on the line in exchange for living an open and truthful life creates an example from which they might derive their own source of bravery and comfort. When one feels part of a forsaken minority, having a hero step forward can build a sense of connection, empowerment, and belonging. Michael Sam has given these young people one more example of how they are not the only one struggling, feeling different, feeling confused, and trying to find their way forward. He has provided an example of how we can all move forward with grace, confidence, and courage.

Even more powerful is the fact Michael Sam is a real person and not a carefully scripted character in a movie or television sitcom. His story is real and raw and provides a powerful catalyst for conversation in both the heterosexual and LGBT communities. The opening of these dialogues is vital as a means of building acceptance and understanding. Seeing columnists at ESPN, CNN, and Sports Illustrated write in-depth pieces on Sam, offering varying perspectives on his coming out, elevates this story to a national stage and sparks discussions at both gay bars and sports bars.

This dialogue is the first step toward building understanding and raising awareness of LGBT people simply as human beings with the same feelings, dreams, goals, and talents as everyone else. Rather than simply being a stereotype, this conversation can assist in portraying the infinite variety of unique individuals who make up the LGBT community and, more importantly, the human community. From mail carriers to teachers, farmers to grocery-store clerks, information technology specialists to therapists, and, yes, professional athletes, the gay community is a beautiful gathering of very real, diverse, and talented people.