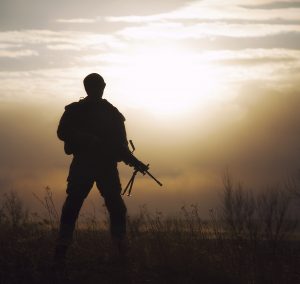 Pentagon efforts to reduce the stigma of mental health care remain inadequate, according to a report from the United States Government Accountability Office (GAO). The report follows at least six studies from 2007-2014 urging the Pentagon to reduce mental health stigma and improve treatment access. Despite this compelling data, GAO analysts say little has changed at the Pentagon.

The GAO study involved 23 focus group interviews with military members who said their decision to seek counseling provoked stigma. The interviews occurred between June 2015 and April 2016, and tracked a pattern of shaming and stigmatization. At one installation, service members can only access the mental health clinic through a single elevator, referred to as the “elevator of shame,” virtually eliminating the possibility of privately seeking mental health care.

The report also pointed to subjective decision-making among commanders whose subordinates seek mental health care. Department of Defense policies continue to discriminate against service members who seek treatment, creating a disincentive for such treatment and sparking serious concerns about career consequences.

The report cited a 2014 RAND Corporation study that identified stigmatizing Pentagon policies. The Pentagon still has not addressed these policies. Despite the Secretary of Defense’s 2012 directive that mental health care should not undermine security clearances, service members continue to lose security clearances if they seek therapy.

Even when veterans do seek mental health care, their efforts may be thwarted. An Inspector General’s report found the Veteran Crisis Line may be failing soldiers. Some callers were put on hold, redirected to voicemail, or sent back to call centers. Some soldiers even say their calls have been disconnected.

A Mental Health Crisis in the Military

Soldiers experiencing PTSD and other mental health symptoms may also be less-than-honorably discharged. This can affect their ability to receive military benefits, including mental health treatment, and may even undermine their success in civilian careers. Though the military has faced increasing pressure to review these discharges and stop punishing soldiers who face mental health issues, veterans often struggle to change their less-than-honorable discharges. In 2013, the Army Board for Correction of Military Records, which reviews these discharges, ruled against veterans in 96% of cases involving PTSD.