Mental Health Linked to Gut Bacteria, and Other News 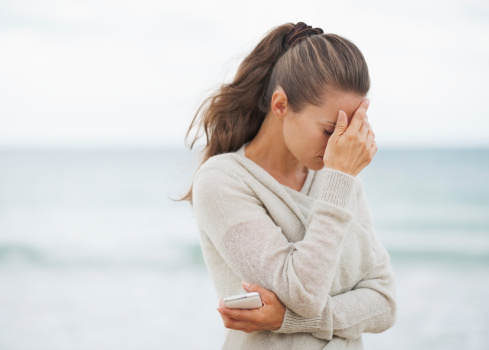 Gut bacteria may predict how likely a person is to develop posttraumatic stress (PTSD), according to a study of mice published in The Canadian Journal of Psychiatry. Several recent studies have connected bacteria in the stomach to mental health. In 2015, another study linked probiotic use to fewer negative thoughts.

For the latest study, researchers exposed small mice to large, aggressive mice daily for 10 days. This scenario can be highly stressful, and may induce trauma-like symptoms. The exposure produced signs of anxiety in the mice, including decreased socialization with other mice, shaking, and a diminished appetite. Comparisons of fecal samples of these stressed mice and other mice revealed the mice who exhibited symptoms of trauma had an imbalance in their gut bacteria.

Stressed mice showed less diversity in their gut microbiome, suggesting a diverse gut microbiome improves mental health. Though the current study did not look at depression or other mental health issues, its authors suggest their results might have implications for an array of mental health diagnoses in addition to PTSD.

Previous studies have suggested transformational leaders—those who inspire employees to go above and beyond—may improve worker well-being. However, new research suggests this approach to management may increase pressure on employees to come to work even when they are sick, reducing workplace wellness over time.

Even low-level exposure to air pollution may increase pregnant women’s vulnerability to uterine inflammation. The greater the exposure, the greater the risk, according to a Johns Hopkins Bloomberg School of Public Health study. Uterine inflammation can damage the placenta, increasing the risk of premature birth, respiratory issues, and other negative health outcomes.

According to a study of 180 adults, drinking peppermint tea might improve memory. Compared to participants who drank either chamomile tea or hot water, those who drank peppermint tea performed better on tests of working and long-term memory, as well as alertness, just 20 minutes after consuming the tea.

Teens Most Drawn to E-Cigarettes by Online Ads

Advertising of many varieties can increase teens’ interest in electronic cigarettes, but online ads are the most effective, according to a nationwide survey of 22,000 middle and high school students. Middle schoolers who said they regularly saw these ads were three times more likely to try e-cigarettes than peers who said they had never seen the ads.

Friendship could be a more effective pain reliever than morphine, according to research published in Scientific Reports. Researchers gave questionnaires designed to measure pain tolerance and social networks in 101 adults ages 18-34. Researchers then asked participants to squat against a wall. Those who reported having more friends were able to perform the wall sit longer, even when researchers controlled for factors such as stress and agreeableness.

Mental health professionals in Tennessee are now allowed by law to refuse treatment to clients on grounds of religious or personal beliefs. However, two exceptions say the legislation does not apply when potential clients are at risk of harming themselves or others, and therapists and counselors are required to refer potential clients to another mental health professional if they decide to refuse treatment themselves. Tennessee is the first state to pass this kind of law, though it follows legislation from North Carolina banning transgender individuals from using public restrooms that correspond with their gender identity. Critics of both states’ laws argue the legislation is discriminatory of the LGBT community.