Mental Health Effects of Viewing Selfies, and Other News 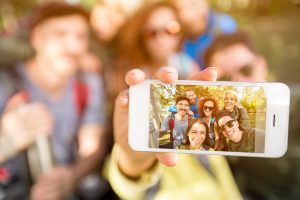 Frequently viewing selfies of yourself or others is associated with lowered life satisfaction and self-esteem, according to a new investigation. Researchers also observed a connection between the frequent viewing of group images (“groupies”) and increased self-esteem. These findings provide insights into the effects of social image viewing habits on mental health.

The internet has only been in popular use for a couple of decades, which has not allowed much time to study its effects on human life. Even more recent is the rise in popularity of online social networks and related content such as selfies and groupies. This new study, published online in the Journal of Telematics and Informatics, explored the relationship between selfie and groupie viewing and posting and mental health outcomes. The participants were 275 respondents to an online survey.

No effect was found for posting behaviors. Selfie viewing was associated with decreases in self-esteem and life satisfaction, while groupie viewing was linked with increased self-esteem and life satisfaction. However, people reporting a high desire to be popular were found to be more strongly impacted by the effects. For these people, selfie and groupie viewing increased levels of self-esteem, suggesting these viewing patterns made them feel more connected to social groups.

More than 50% of Americans Now Have At least One Chronic Health Condition, Mental Disorder or Substance Use Issue

Health care is a hot topic in discussions about the upcoming United States Presidential election. A new study using information surveyed from 115,921 American adults found 52.2% had at least one kind of condition related to mental health, chronic illness, or substance abuse. More than 18% had experienced a mental health issue in the past 12 months, and 8.6% reported substance use problems. Almost 40% of the adults surveyed experienced chronic medical conditions. About 2.2 million people reported experiencing all three types of conditions.

A large investigation found excessively high or low resting heart rates in young men could be related to an increased likelihood of developing mental health conditions in later years. Researchers used data from the Swedish military health records of nearly 1.8 million males who served between 1969 and 2010. Heart rates above 82 beats per minute (bpm) were linked to later cases of obsessive compulsion, anxiety, and schizophrenia. Rates lower than 62 bpm were associated with substance abuse and violent tendencies. Blood pressure extremes displayed similar associations with poor mental health, but at a weaker intensity. The lead author suggests there is a third factor that may impact both heart measurements and the likelihood of developing a mental health condition, such as high stress levels.

The banking company Wells Fargo has recently come under fire for reports of aggressive and possibly illegal sales tactics. Now, stories are emerging of the heightened stress and poor mental health many Wells Fargo workers experienced as a result of employing these strategies on a daily basis. Former employees have reported conditions such as depression, extreme stress, and severe anxiety.

The Heterogenous Nature of Depression

Depression is often described as a well-defined condition with specific identifiable symptoms, but new research highlights the extensive variability that is often observed between individual cases. While many symptoms are consistent across multiple instances of depression, the variance is often found in the overlap of symptom presence and intensity.

For this investigation, a content analysis was performed on several professional scales that are used to identify depression in research subjects. Despite being used for the same purpose, the guidelines included in each scale were significantly different in many cases. In total, more than 50 different depression symptoms were spread across seven different rating scales. These findings are another sign that one-size-fits-all approaches to mental health management may not be the best choice for individual cases.

A comprehensive analysis of genetic research has revealed an association between schizophrenia and time-specific disruptions in fetal brain development. At least 108 genetic locations are known to be associated with the development of schizophrenia, though the exact mechanisms are still being studied. Even though schizophrenia is generally an adult-onset condition, this new study found these genes are most active during the early stages of brain development in fetuses, suggesting this is the time when they cause disruptions that ultimately lead to schizophrenia symptoms later in life. 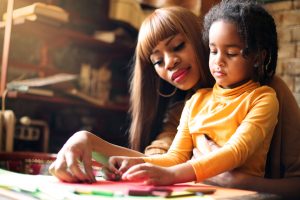 Researchers in the United Kingdom have found a therapy designed to improve parents’ communication skills may benefit their children with autism. The study included 152 children ages 2-4 with autism who had scored at least 8 out of 10 on measurements of social communication impairment and repetitive behaviors. The parents of some children took part in a year-long program called the Preschool Autism Communication Trial (PACT), while the rest received regular care from community sources. Measurements taken after six years showed children of PACT-trained parents were 17% less likely to have severe symptoms compared to the regular care group. These results suggest parent-delivered therapies could be an effective approach to preventing symptom progression in children with autism.

Researchers are working to help Google and other search providers make changes to their technologies so users experiencing thoughts of suicide can be identified and offered assistance. Specifically, the goal is for updated search engines to be able to detect keyword entries that are likely to be associated with suicidal thoughts and intervene by redirecting users to counseling information and other mental health services. These developments were motivated by recommendations from the World Health Organization (WHO), which noted only 25% of applicable keywords directed users to sources of help prior to the initiative.

People in New York City can now get local help by phone, webchat, or text when in need of emergency mental health counseling. The move occurs as deficiencies in mental health services have become a highly visible issue across the United States. Known as NYC Well, the program offers short-term support to people experiencing suicidal thoughts, substance use problems, and other mental health issues. The creators of the program hope to make assistance more accessible for people who may be hesitant to seek help due to the stigma that still surrounds mental health concerns. The 24-hour service is available in 200 different languages and can be accessed by: