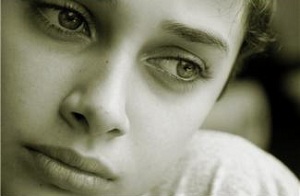 Many people are now aware that the American Psychiatric Association (APA) is seriously considering classifying bereavement as a mental disorder in its new diagnostic manual if the bereaved person is still manifestly upset 2 weeks after the death of a loved one (or multiple loved ones, for that matter). This proposal evidently strikes most people outside of psychiatry as absurd. The New England Journal of Medicine and the Lancet, for example, have explicitly come out against diagnosing bereavement as a mental disorder. The negative public and professional reaction to the proposal to consider bereavement a mental disorder has not in the main been seen as grounds for questioning the authority of the APA to create a diagnostic manual that is binding for the entire mental health industry (of which psychiatry is only a small part), nor as grounds for critically re-examining the concept of mental disorder and how a diagnosis of mental disorder is actually made. It is always conceptually, socially, and psychologically difficult to critically examine what is usually taken for granted as part of the natural order of things.

The first issue, namely the authority of the APA to create a manual that is binding on everyone else, is more easily addressed. If most people paid out of pocket for services when they saw a mental health professional, the APA would have little authority over the mental health industry as a whole. The fact that private and government medical insurance pays for the bulk of mental health services changes everything. In the 1970s, the private insurance industry and the federal government made it clear to the APA that they were unwilling to pay for services if what was being treated was not a genuine medical condition. This development goes a long way towards understanding psychiatry’s determination in the 1970s to refashion itself as medicine, plain and simple, instead of a complex and confusing amalgam of medicine, psychology, sociology, anthropology, and philosophy. In 1980, the APA officially reinvented itself as straightforwardly medical when it published its new diagnostic manual, the third edition of its Diagnostic and Statistical Manual of Mental Disorders (DSM-III). The fact that the private insurance industry and the federal government relied on the APA to create a manual that would determine third-party reimbursement for mental health treatment de facto established psychiatry’s control of the mental health industry. The insistence on the part of the insurance industry and government that only “medical necessity” could justify reimbursement put an end to psychiatry’s allegiance to what is known as the biopsychosocial model. It would henceforth be the biobiobio model in fact, if not in name.

The nonpsychiatry components of the mental health industry (the bulk of the industry) have no choice but to go along with the APA’s diagnostic manual if they want to financially survive. What is really lamentable about this is that the need to learn and use the APA’s manual tends to submerge critical thought about the “worldly” forces that actually shaped the manual. The major worldly influences on psychiatry are as follows: the private insurance industry and the federal government because they can decline to pay for treatment if they are not convinced of real “medical necessity,” the U.S. Food and Drug Administration because it demands that psychiatry identify discrete “medical” conditions for new drug approval, and the pharmaceutical industry because it will only use its gargantuan financial resources to support drug research and promote drugs to the public that only physicians can prescribe.

The reason people are scoffing at the proposal to call bereavement a mental disorder is not because they are oblivious to the suffering of bereavement or the disabling effects of grief on executing one’s usual tasks and responsibilities. The scoffing reaction is to the proposal that the bereaved person has a mental disorder. The point here is that neither personal suffering nor social impairment per se indicates that a person is mentally disordered, whatever that is supposed to mean. The scoffing reaction about calling bereavement a mental disorder is due to the ordinary understanding that losing someone you really love is a personal catastrophe that justifies grief. People are not stones, or just bodily organs for that matter; people react to what occurs in their life that has personal significance.

American psychiatry’s self-reinvention in 1980 as simply medicine trapped it in a framework of thought (namely, medicine) that is incapable of thinking about how a person tries to cope with adversity. Only a person can be said to be facing adversity; it makes no sense to speak of bodily organs facing adversity. A strictly medical perspective cannot come to grips with circumstances that people face and how people react to and try to cope with adverse circumstances. Psychiatry turned away from thinking about how people react to circumstances when it reinvented itself as simply medicine. The result is that psychiatry now disregards circumstances and considers personal suffering and/or social impairment as sufficient grounds for diagnosing mental disorder. The proposal to classify bereavement as mental disorder is just tying up a loose end. There can be no justification for suffering and impairment within a strictly medical perspective. In short, it is simply a disaster to try to squeeze what happens to people and how they react to circumstances into a strictly medical perspective. The result is a relentless growth from one edition of the DSM to the next of the number of mental disorders and the percentage of the population that is diagnosed as mentally disordered. Cui bono (who benefits)? What’s your guess?

Robert Spitzer, the chief architect of the DSM-III, recently commented that the public has important reasons to care about the validity or lack thereof of psychiatric diagnosis (i.e., a diagnosis of mental disorder). A mental disorder diagnosis is required to put the insurance reimbursement machinery into operation, but being officially diagnosed as having a mental disorder may initiate a cascade of untoward consequences regarding self-definition, how one is seen within the family, employment eligibility, civil rights, legal decisions, insurance eligibility and cost, and others. I should mention adverse medication consequences as a separate category because it is so important. A medical perspective cannot take circumstances into account at all, but real people live in circumstances. It’s time to rethink mental disorder.

Related articles:
The Power of Therapy Misused: How You Can Use Your Power to Help!
Earl Scruggs, “Talk of the Nation,” and Grief
Psychotherapy and the “Middle Way”