Meeting the Zombie: Archetypal Work with an HIV-Positive Teen 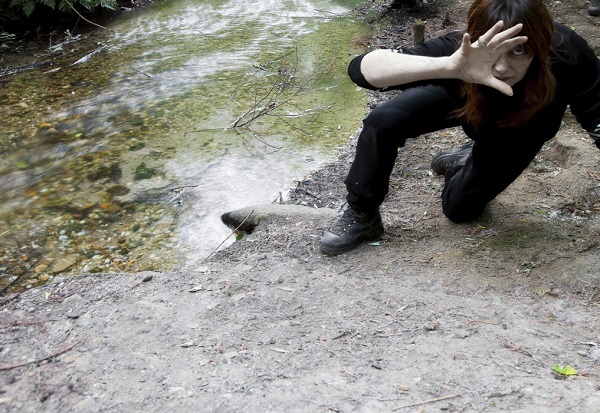 Archetypes are images that organize our experience. Depth psychology sometimes references archetypes. They attract our memories to form associative pathways, they can guide our current choices, and, in this way, they can influence what our future will look like. Some of them—like the Wise Old Man or Woman, or the Eternal Youth—are very familiar. They show up in mythology and religion, in modern culture, and among the people we know. For instance, the archetype of the Trickster shows up in American pop culture as Bugs Bunny putting on a wig to fool Elmer Fudd, and in my personal life as Uncle Johnny who loved to play practical jokes that sometimes backfired on him.

Bobby and the Zombies

Bobby—not his real name—was in his teens when we met. He had contracted HIV from his mother before he was born. Related complications resulted in him being small for his age. He was referred to me in the agency where I then worked for treatment for anxiety. His anxiety was expressed in night fears, daytime fearful worry, and nightmares—all of which revolved around the theme of the zombie.

I’ll admit that my first take on the zombie fantasy was that it acted as a container for sexual energy. Although Bobby was 15, he not only looked like a boy of 7 or 8, but his behaviors matched his appearance. Not robust enough to participate in sports, not positioned to explore his sexuality, and not possessed of peer-effective social skills to establish friendships, his outlets of expression were in his fantasy life and in eating. His large collection of action figures took up much of his attention. Frequently, he would bring one or two favorites into our sessions and give them voices so they could participate. He also prided himself on the amount of food he could consume. Sometimes it seemed the only time he felt alive was when he was eating a steak dinner (or two) at Sizzler.

I asked Bobby to tell me about zombies. He explained to me that some people come back after they die. This was due either to some kind of virus from outer space or government experiments. The zombies were driven by the need to eat brains.

“To stop the burning pain,” he replied.

When a human was attacked by a zombie, one of two things could happen: He or she might be completely eaten up, or just get bitten or eaten only a little. In the latter, the victim would die and convert, immediately or after a short while, into a zombie. As a zombie, the only concern was to look for a living human to eat. As it turned out, the closest human was often someone the zombie had loved when it was human—a friend, a girlfriend, a family member. And so the process continued, along pathways that were originally about affection, caring, and intimacy; now, all became about eating.

I asked Bobby for more information about zombies, focusing on his responses. If the images were showing up in nightmares, had he ever thought about not watching zombie movies?

Clearly, I wasn’t getting it. I asked him to tell me the story of one of the movies. As he did, I listened for some endorsement on his part, some sign that this material was cool or that the explosive gore was expressive of a teenage boy’s latent emotional life.

Bobby clearly found the material compelling but not joyous. If anything, he presented with a damp chill to his more usual exuberance.

Bobby remembered his mother as a vague but glamorous presence in his life. He told me that she worked as an entertainer in nightclubs and contracted HIV by sharing needles with coworkers. He could recite the transmission routes of HIV infection, but glumly, as if this information was deadly dull. I learned from conversations with him that Bobby’s father continued to mourn the loss of his wife 10 years before.

Then he asked, “Are zombies real?” He’d never asked this before.“Well, yes,” I said. “But not the way I think you’re asking. They’re real like Santa Claus is real, or like dreams are. But not real like you and me. Like with dreams. We have dreams, but dreams don’t have us. Or, if someone thought he was really Santa Claus, that wouldn’t be so good.”

Bobby had issues with medication compliance, which is an essential element of HIV treatment. Sometimes he wound up in the hospital. One afternoon I met with him in his room. He and his father were arguing about potato chips. Bobby had to take some meds and refused to unless his father brought him a bag of potato chips. His father had done so, but they were plain, not the kind Bobby wanted.

“That’s the only kind the machine has,” his father said, trying to reason with him.

Bobby was implacable. “No, it has to be barbecue kind,” he demanded. His father left to find the nearest convenience store.

I asked him what was happening.

“I have to have barbecue potato chips or I can’t take the pills.” He seemed miserable, just barely holding his own against weeping.

We sat quiet for a couple of minutes. Then he asked, “Are zombies real?” He’d never asked this before.

“Well, yes,” I said. “But not the way I think you’re asking. They’re real like Santa Claus is real, or like dreams are. But not real like you and me. Like with dreams. We have dreams, but dreams don’t have us. Or, if someone thought he was really Santa Claus, that wouldn’t be so good.”

He laughed, lightening a little.

A few weeks later, Bobby mentioned casually that another boy in his apartment building had “given him a zombie’s head” and he didn’t want it any longer. Could he give it to me? After determining that the boy moved away so that the head couldn’t be returned to its source, I suggested he bring it in so we could talk about what to do with it.

Next session, he showed up with a shopping bag. Out of it he lifted something wrapped in old newspaper, which he opened to reveal a latex Halloween mask on a Styrofoam wig head. The mask was quite intense. It was a distorted human face, its mouth full of big teeth with blood running down its chin. I admired the head, turning it around in my hands while Bobby watched me tentatively.

“Wow. This is the best one of these I’ve ever seen,” I said. After letting him see me think about this for a minute, I asked, “Do you think it would be OK if I tried it on?”

“OK,” he agreed, a little skeptically.

As I took off my glasses and removed the mask from the foam head, I warned him, “I’m probably going to look totally terrifying, but it’s still going to just be me. OK?” He was willing to consider that. I pulled on the mask. In my nerdiest therapist voice, I asked, “How do I look? Scary?”

I told him it was a great mask, but that he still seemed like him: Bobby. Then I asked him to take off the mask for a minute. “See?” I said. “It’s yours. You can wear it, you can take it off, you can toss it in the trash. Whatever, but you’re still Bobby.”

We talked about what it would be like if people could really come back after they died, even if they were different. We also noticed how the Styrofoam head looked when the scary mask was removed. It looked subdued, withdrawn, and sad. When the session ended, he told me he thought he’d keep the mask, and wanted to wear it out to the reception area.

“Run like you’re afraid, and I’ll chase you. Brains,” he moaned.

After talking it over a bit, we decided that it would be OK if I held his hand while we walked the long hallway back to reception, because it was hard to see when wearing the mask.

Later, Bobby would launch into some of the more age-appropriate pursuits of people his age, including setting aside his “talking” action figures and establishing himself in a romantic relationship. Although not everything he did turned out well, the zombie released its grim and dreary hold on him so that he was able to at last reach for more life.

While archetypes can influence us, just as our family of origin or our environment can, we retain the ability to make our own decisions and act on them. This becomes easier as we increase our awareness of what the influences are.

Postscript: When Bobby was born, not a lot was known about how to decrease prenatal infection of infants. The Centers for Disease Control and Prevention reports that when current medication, delivery, and nursing strategies are followed, the risk of mother-to-infant transmission is reduced to less than 1%. For more information on HIV, please consult with your doctor and/or go to aidsinfo.nih.gov.