Meaningful Activities Could Prevent Depression (and Other News) 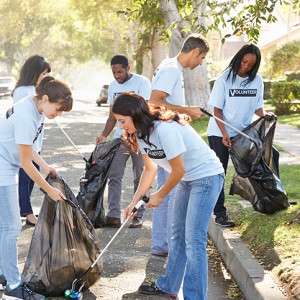 Stress is associated with a host of mental health problems, such as high blood pressure, heart attacks, and strokes. Mental Health America aims to place special emphasis on the intersection of physical and mental health issues, and is using this Mental Health Month to encourage people to take better and more holistic care of their bodies and minds.

As part of our ongoing commitment to good mental health and excellent therapy, GoodTherapy.org will be spotlighting the importance of stellar mental health care and providing advice on how to improve your mental health.

No Significant Connection Found between Mental Illness and Crime

Every time a crime makes national headlines, it reignites a debate about mental health care. Researchers have known for years that people with mental health challenges are more likely to be crime victims than perpetrators. A recent review by the American Psychological Association helps buttress this previous line of research. The study found that mental illness did little to explain crimes, and that only 7.5 percent of crimes had any connection to a serious mental health issues. Among the small portion of crimes that did involve mental health concerns, bipolar accounted for 10% of crimes, while schizophrenia played a role in 4% and major depression contributed to 3%.

Inmates Train Dogs to Be Service Animals for Autistic Children

A service dog can play a powerful role in helping children with autism adapt to the world around them. Training these dogs can be expensive and time-consuming, though. A California-based program called Pathways to Hope aims to make service animals a bit more accessible by using inmates to train them. The dogs provide companionship to the inmates, potentially helping to calm tensions and make prison life better and less psychologically damaging. Inmates who train dogs also learn a valuable skill. When the dog completes training, a child with autism can benefit from the hard work of a prisoner.

The hippocampus, a region of the brain that plays key roles in memory and spatial reasoning, is also the first brain area Alzheimer’s attacks. A new study found that, in older adults already at risk for Alzheimer’s, moderate daily physical activity can help protect the hippocampus, potentially preventing or delaying Alzheimer’s.

Although doctors have made significant progress over the last 50 years in the fight against epilepsy, some people continue to live with debilitating and near-constant seizures. The FDA recently approved a brain stimulation device that can reduce the prevalence of seizures by as much as 50%. The device works by controlling electrical activity in the brain and delivering an electrical impulse to calm seizures before symptoms begin. In a clinical trial, half of patients who used the device saw a complete elimination of seizures.

In response to a call from a man seeking advice about his girlfriend’s health conditions, which included interstitial cystitis, endometriosis, and lactose intolerance, Dr. Drew remarked that there was no actual pathology behind these issues and that physicians refer to these disorders as “garbage bag” diagnoses.

If you want to avoid depression, helping others may be the way to go. A recent study found that teenagers who found helping others rewarding were less likely to develop depression than those who derived their joy from video games and similar pursuits.

Despite numerous programs designed to reduce violence against women, the rates of abuse remain shockingly high. Young women report the highest rate of dating violence, with one in 10 adolescents experiencing violence in a relationship within the last year. The White House Task Force to Protect Students from Sexual Assault has created a new initiative, Not Alone, designed to protect students from dating violence.

There’s plenty of press coverage of the so-called over-medication of children, but it turns out medication for children may be working. About 7% of children take a mental health medication, and more than half of parents say the medication is helping.